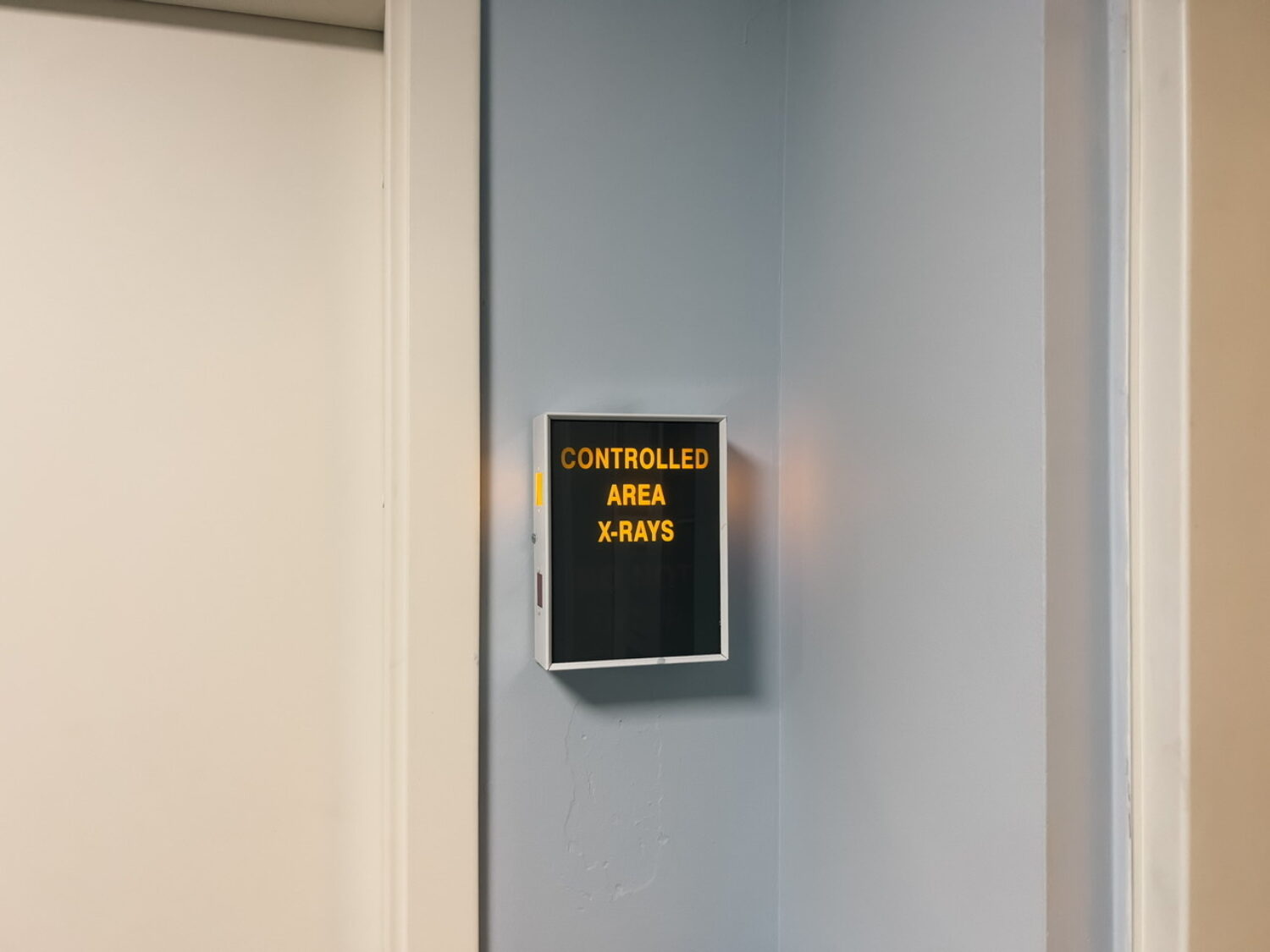 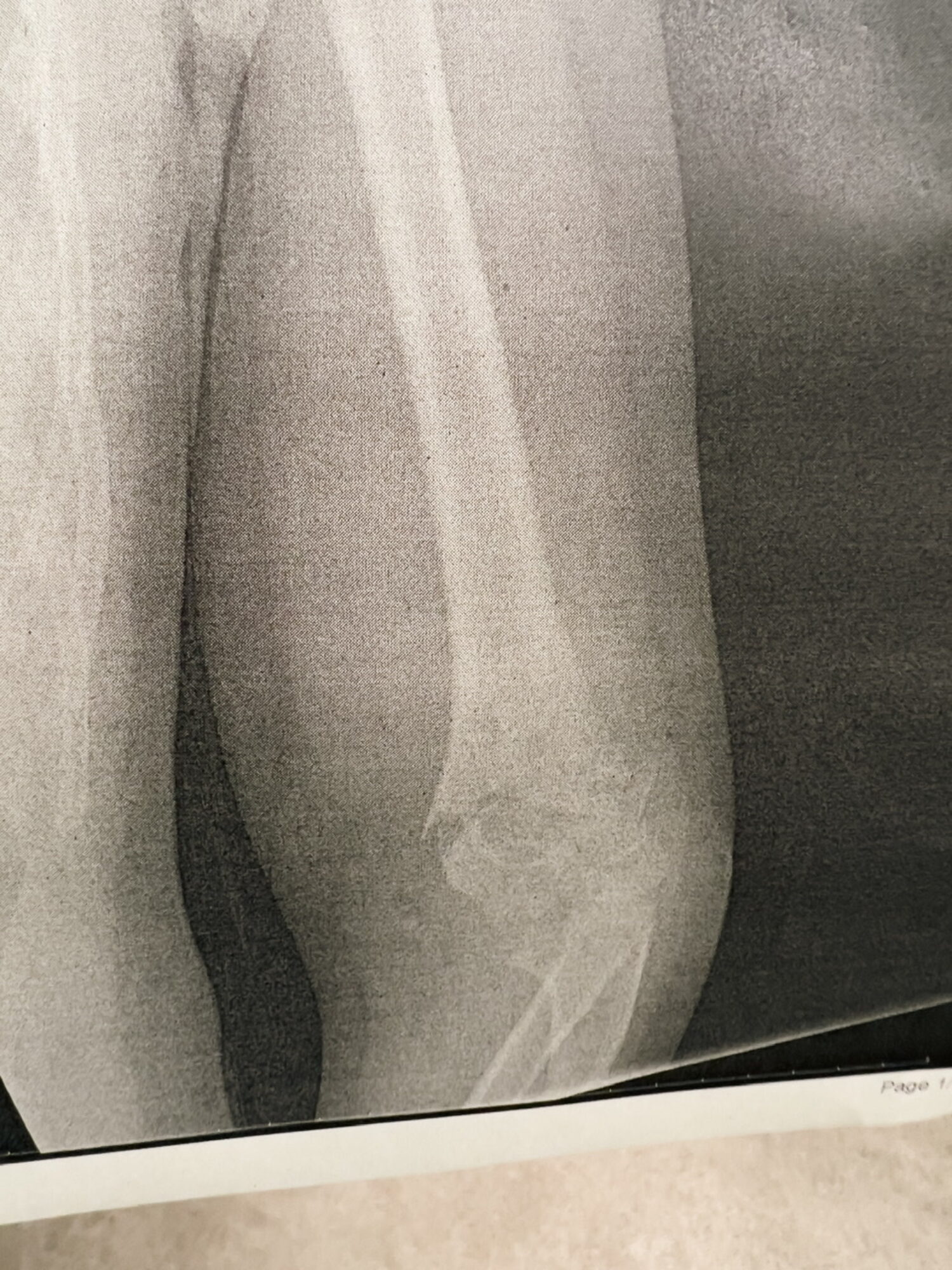 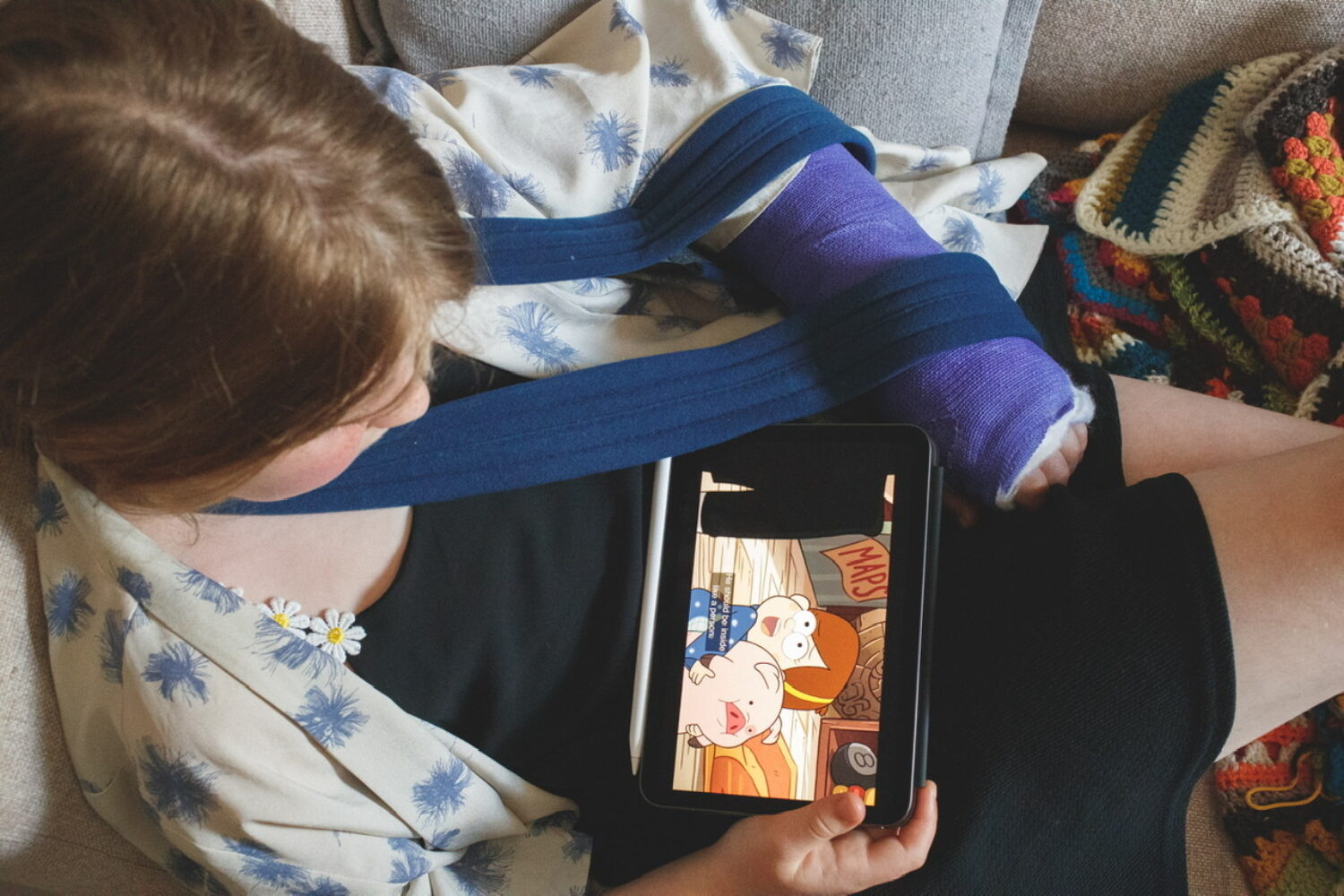 I had a particularly rough morning on Tuesday - a complete breakdown in communication with a client resulted in a tense phone conversation that ended well but I was exhausted and disappointed in myself at the end of it. I was really looking forward to going to the gym (Tabitha has badminton on Tuesdays and I use the gym whilst I wait). She'd been having a bit of a war with a kid in her class, and hearing about how they basically just needed to, but refused to, give each other some space stacked a little more on my anxiety. Fine. I'll sweat it out in a minute.

We got to the gym and I was reminded that we owed £100 in fees for the current term. It had already been an expensive month and it was 2 days before I got paid. Could have done with some better timing, but whatever. I paid and Tabitha went into her class.

So I was near the end of my workout (someone was using my rowing machine - that's my rowing machine!) and one of the staff at the gym came to get me; Tabitha had fallen and hurt herself. So I gathered my things and went to go and see what was up. She had been messing around in between drills, fallen and hurt her arm. This is where I lost it a bit. We left and I was absolutely furious at this point. When we arrived home I just left the car. I was totally over capacity and I couldn't deal with any more crying over an accident that was her fault.

She didn't follow me into the house, so I went back to the car and she physically couldn't get out. So that's when I realised she'd probably broken her arm. We all trek to A&E and the triage nurse quickly identified that she had broken her arm (it was all crooked; ew). I felt awful for getting annoyed with her (still do), and we were in A&E for about 6 hours after an already very long day.

We finally got home at about 11pm; hungry and exhausted. Got some breaded fake chicken nuggets - I bit into one and chipped a tooth. I really didn't need that.

Anyway, Tabitha had surgery to pin and cast her arm and she's doing OK but her summer is now looking very different. The leisure centre has agreed to use the payment I just made against her next term of activities and keep her place open. My tooth got fixed. I got a chance to watch Everything Everywhere All At Once a bit early and the timing couldn't have been more perfect. That film was exactly what I needed, exactly when I needed it.

My bad mood has now evaporated, though it took about 3 days which is way longer than average. That was a really horrible week. I hate it when I lose my temper, and it doesn't happen very often at all. I think that was the worst it's ever been actually. I was 100% rage for a while. Didn't like it.