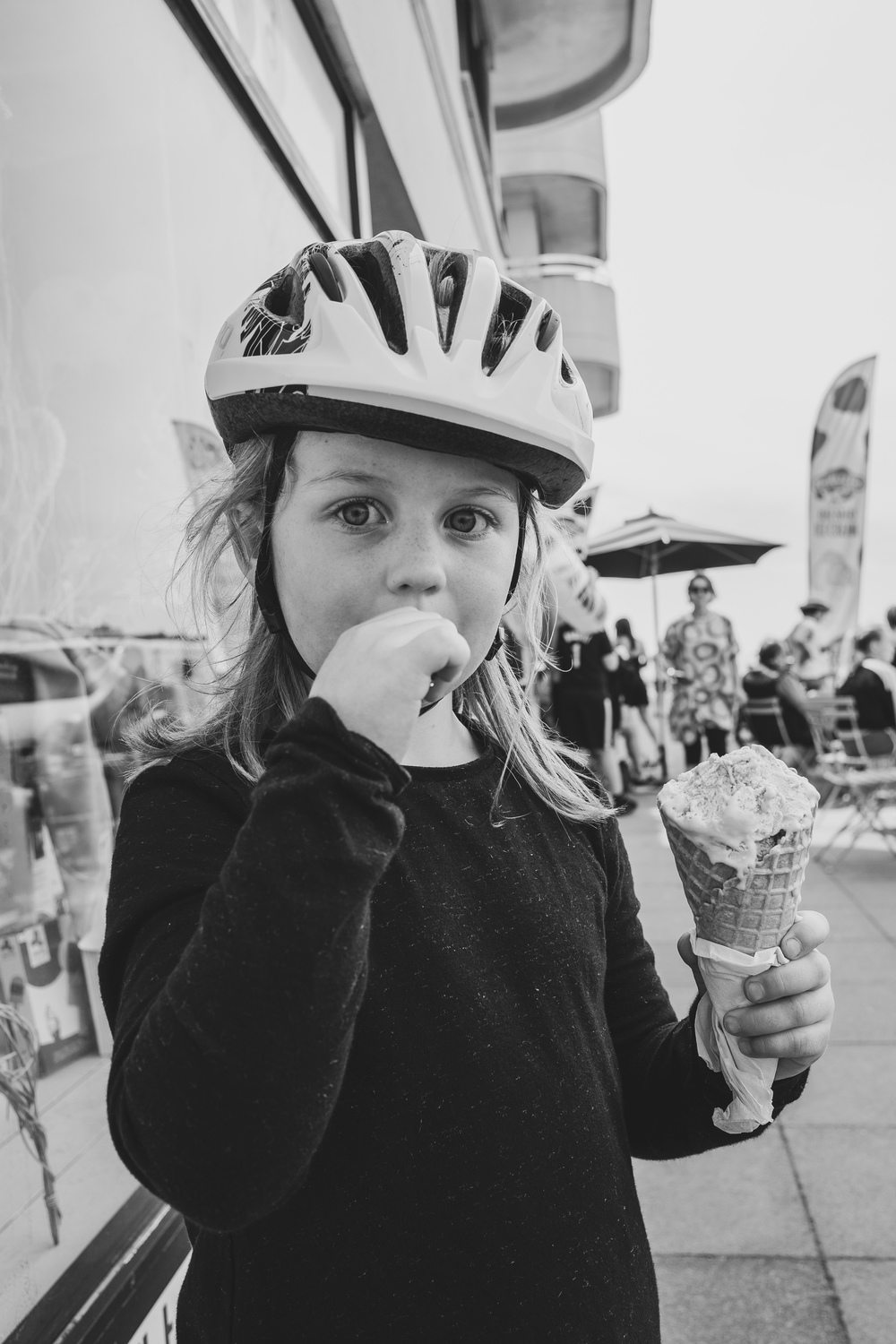 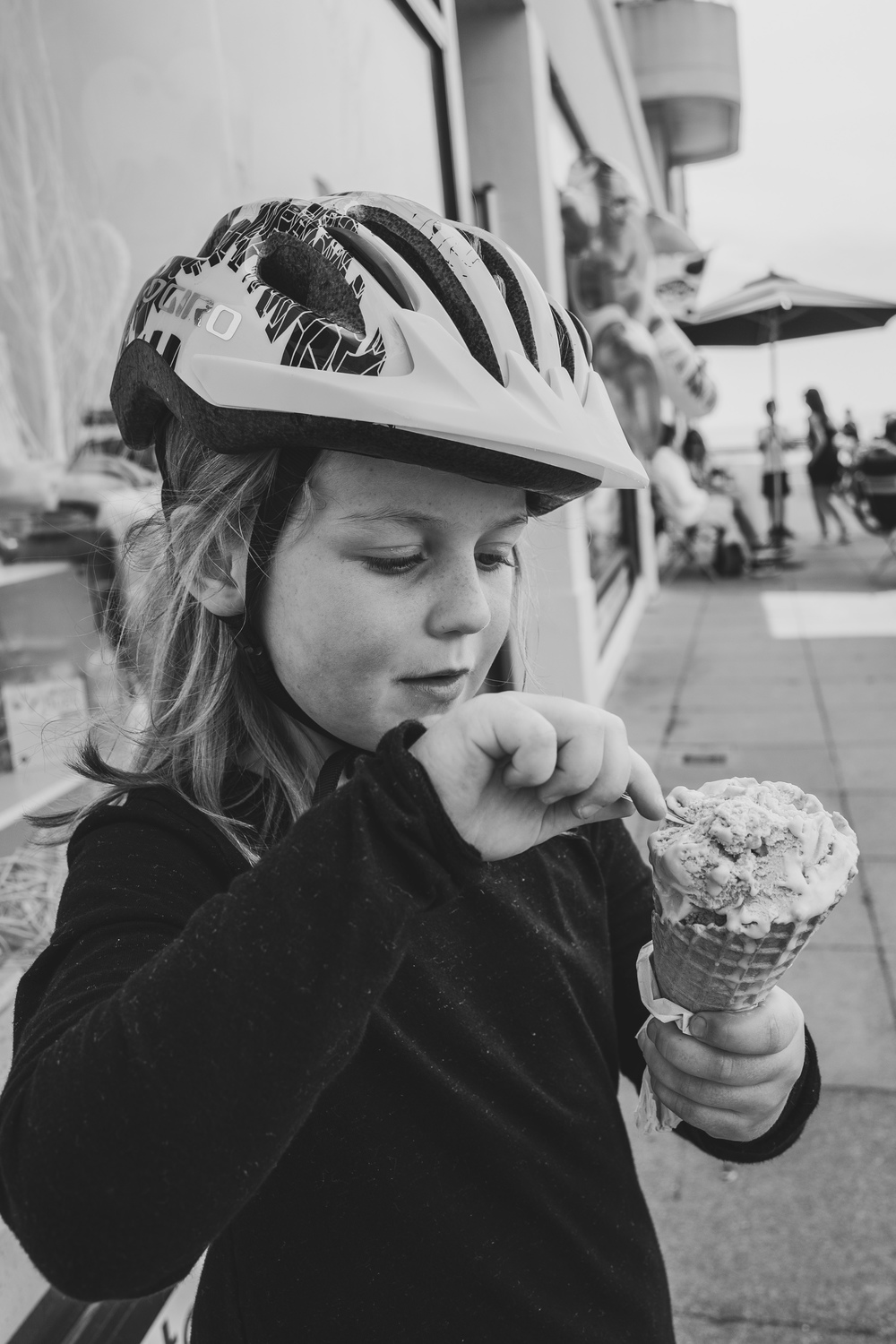 Tabitha did some super good cycling today. She's had a bit of a psychological block on hills lately. We live on a bit of a hill and she hasn't been able to crack it, so we went smashing hills today.

I'm borrowing a camera to take to Moscow and I needed to go and collect it, so we rode into town to get it, which involved a hill. My least favourite type of hill. A long hill. Not very steep; just long. She crushed it. Good.

We came back a different route that has my second least favourite (and also the only other) type of hill: a short, steep hill. She crushed that, too. Actually, she extra crushed this one because she lost her balance a bit and had to start on the hill, which sucks to do, but she made it the whole way.

We stopped and she had an ice cream before walking home She's too young to ride on the road and I hate cycling on pavements. When we got to our road, she was ready. It's significantly easier than the two hills she already did, but she'd built it up in her head so it meant more to her to beat this one than either of the others. A really good day for cycling.

Next weekend I'm taking her to the marina because there's a really unpleasant hill there I want her to try.