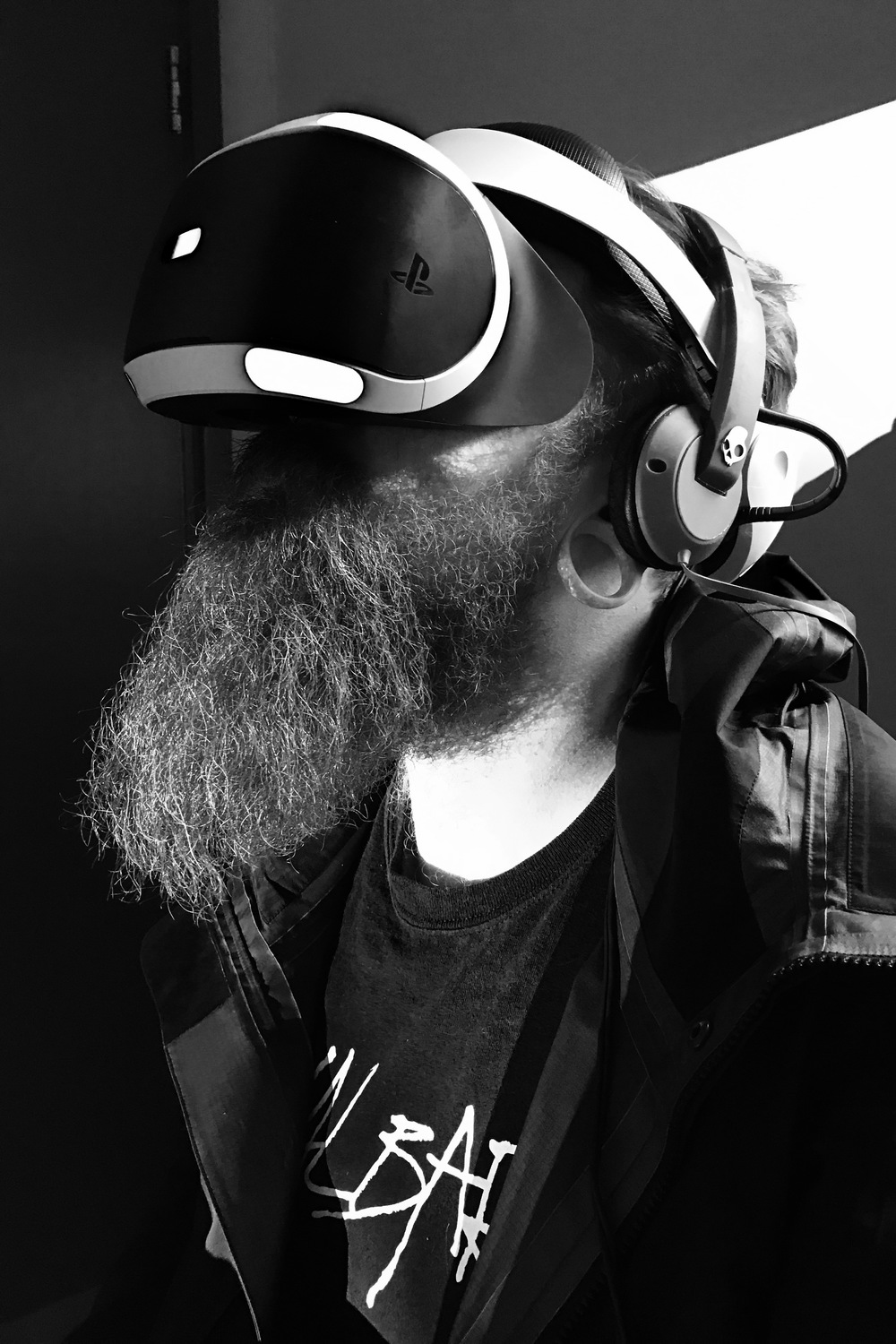 I saw VR as another fad, like 3D TVs, massive megapixel counts on consumer cameras and fixed gear freestyle. This is one of those occasions where I formed an opinion with too little basis and, as usual, that was a mistake.

I was fortunate enough to get to spend some time with REZ Infinite on PSVR and I loved every second of it.

My first experience with the current generation of VR was the Oculus Rift dev kit 2. It was low resolution, heavy, uncomfortable, made from low quality plastic, and had basically no support when I tried it. The lack of support isn't really a failing of Oculus, but the rest is and it massively put me off. Everyone sung the praises of Oculus, and it made me think this was where the bar was set.

Having tried the PSVR, the horrible taste the Oculus left in my mouth is gone. The headset is light and comfortable, and the screen resolution is great. Text appears sharp and clear, and because I was able to get a good seal on the headset, I got impressive depth in-game.

The thing that struck me most was you lose all notion of the passing of time. I had to really focus on this in order to not hog the whole thing (there was a queue behind me). I realise this is the objective, but it felt incredibly real. Much more than I anticipated. I looked down at one point and something hit me in the chest and I flinched. It was incredibly immersive. That coupled with a good pair of headphones and I was just somewhere else.

Now that I've tried a good implementation of VR (although some people are adamant that you'll need the full room experience, which PSVR doesn't currently offer; I disagree), I am convinced that this is going to be huge for gaming, and even computing as a whole. If Red Dead Redemption 2 or Gravity Rush 2 support it, I can see myself spending worrying amounts of time with it. If an MMO adopts it (or worse: Second Life - hello OASIS), it'll ruin many lives. I can absolutely see it working for things like meetings and conference calls, too.

So there we are. Baseless skeptic to slavish convert in less than fifteen minutes. I just need to try and figure out how to sneak the purchase of a PS4 Pro, camera and PSVR past Charlotte.