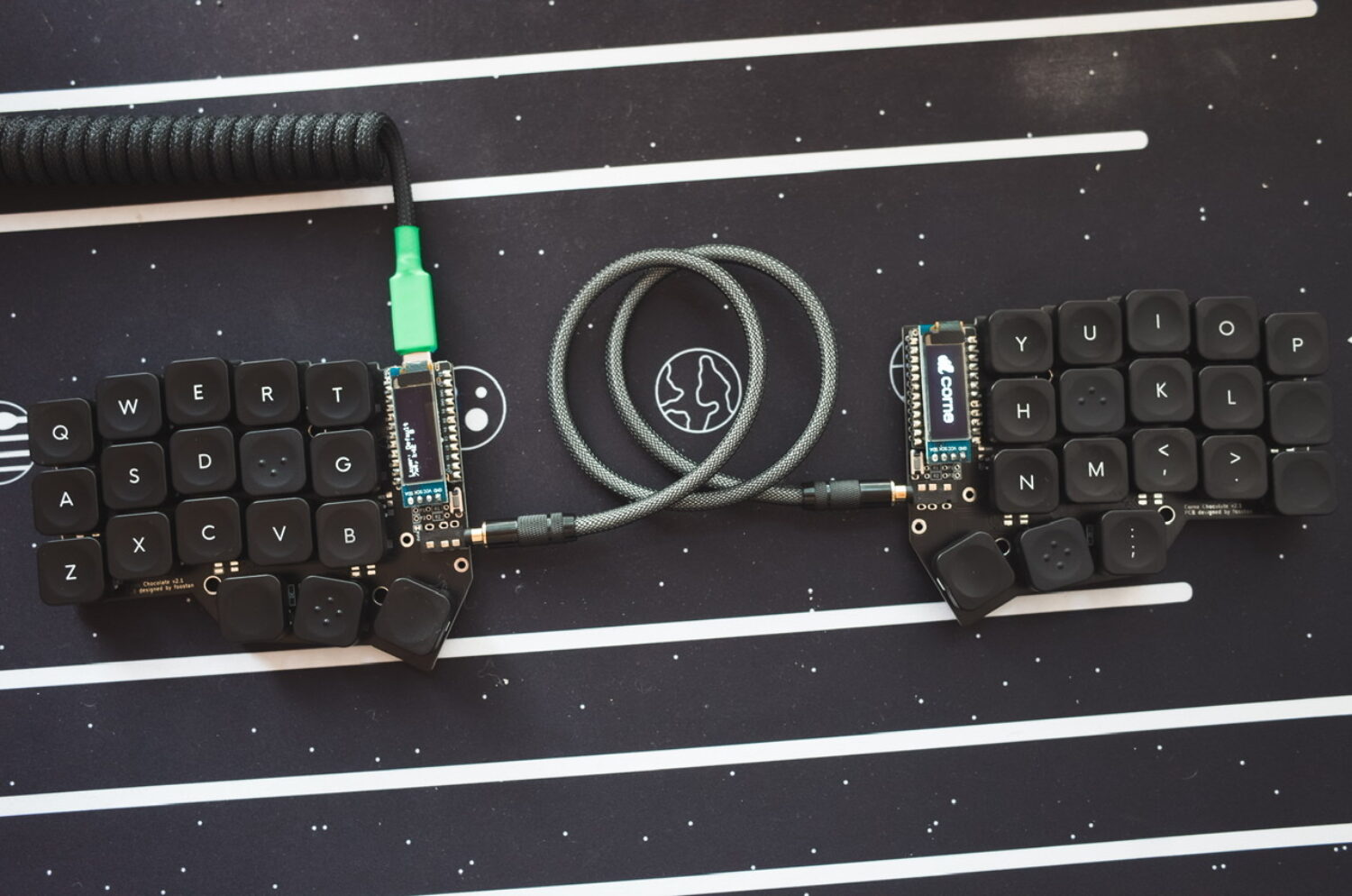 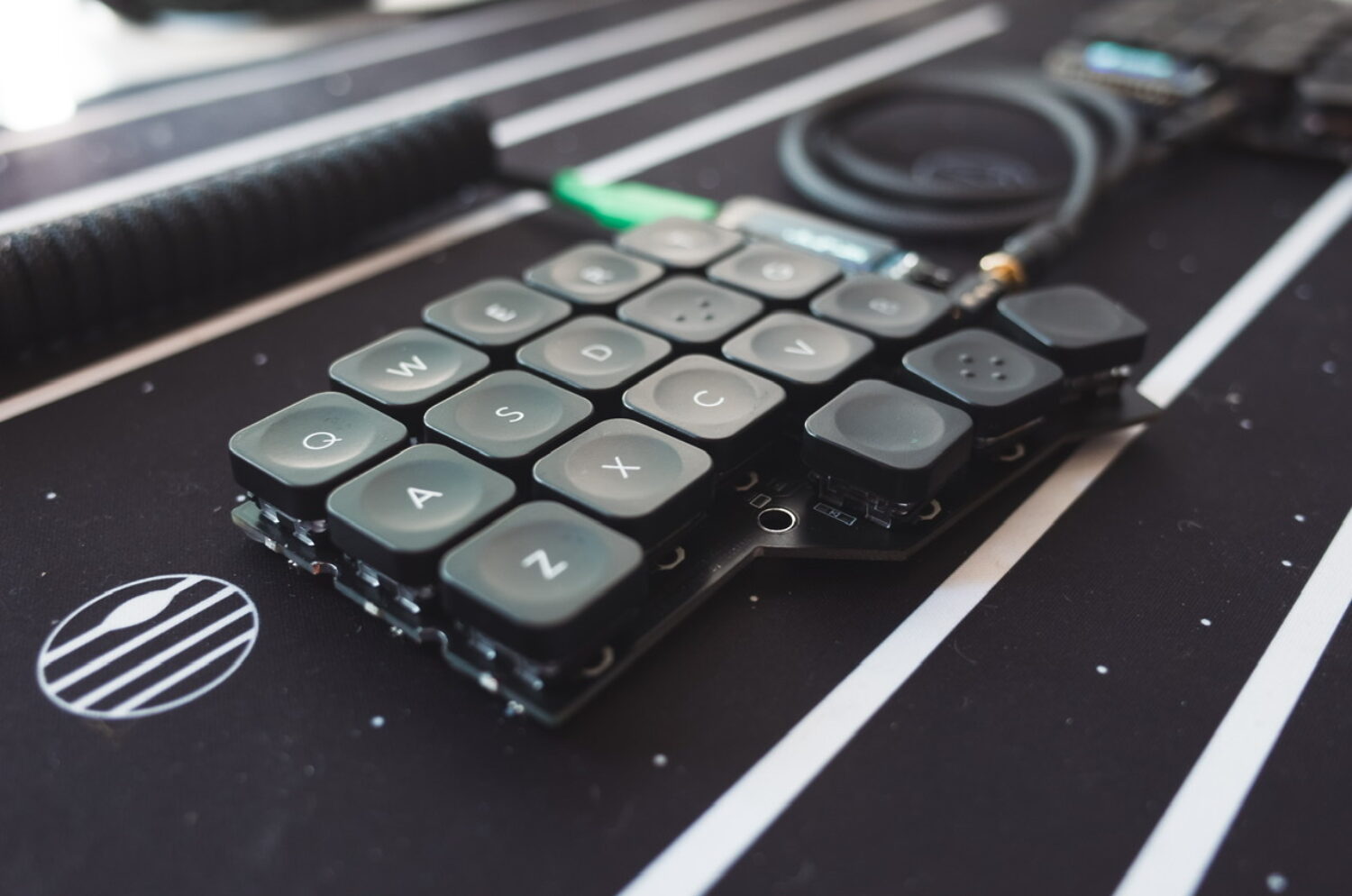 I am determined to find a Kailh Choc switch I like. I first tried gChocs because they're super light linears (20g) and I wanted something effortless to make typing easier. Turns out they were too easy and my clumsy oaf-hands ended up doing 30 typos per minute on them. Having them on choc spacing helps somehow (they were a disaster on Kyria, but are much better on Sweep), but it's still not ideal.

Then I leapt to the other end of the spectrum and tried dark yellows, at 70g actuation force. That's heavier than any MX switch I've ever used, and I think heavy chocs feel even heavier than the equivalent MX because there's less travel so they're less springy. There's every chance that that makes no sense but right now, in my head, it makes perfect sense. Hope no-one who knows about physics reads this!

This crkbd has Kailh Choc hotswaps so I can try other switches. I am currently using Reds, which are 50g actuation and they're good. Not perfect but better. Usable even. Maybe not for a whole day but dark yellows made my wrists hurt after 10 minutes.

The only switch left to try is Crystal Red, which is a 35g, so half way between the gChocs and Reds. And if they're not I may just need to abandon the whole thing because those are the only weights available. I am confident that 35g will work for me though. Mainly because my first thought upon using reds was "these are good, but I feel like something halfway between these and gChocs would be perfect", and at that point I didn't know Crystal Reds even existed. Lucky I get paid next week I suppose.

I grabbed these crkbd PCBs from JLC and they arrived pretty quickly. They were also stupidly cheap. Like $15 for 10 PCBs (so 5 complete boards), plus shipping. I also got some more Sweeps because I love that layout and when I find a Choc I like I want it on there. I also got 100 Amoeba single switch PCBs so I can do another couple of handwires. I actually find those the most satisfying to build even though one takes me about a day. Something about that handwire aesthetic is very pleasing. The Amoebas I ordered support per-key LEDs, so it'll be interesting to see if I can get that working. Conversely, this crkbd took about 3 hours total, without LEDs. When your PCB sits flush with your desk mat, LEDs are redundant anyway.

Keycaps on here are Work Louders (for that Choc LP on MX spacing), and the cables are my Flex Cable SA Havamal sith LEMO and TRRS that I still got even though the GB turned out to be a scam. I like this green a lot.

My Body is a Cage
House of Games