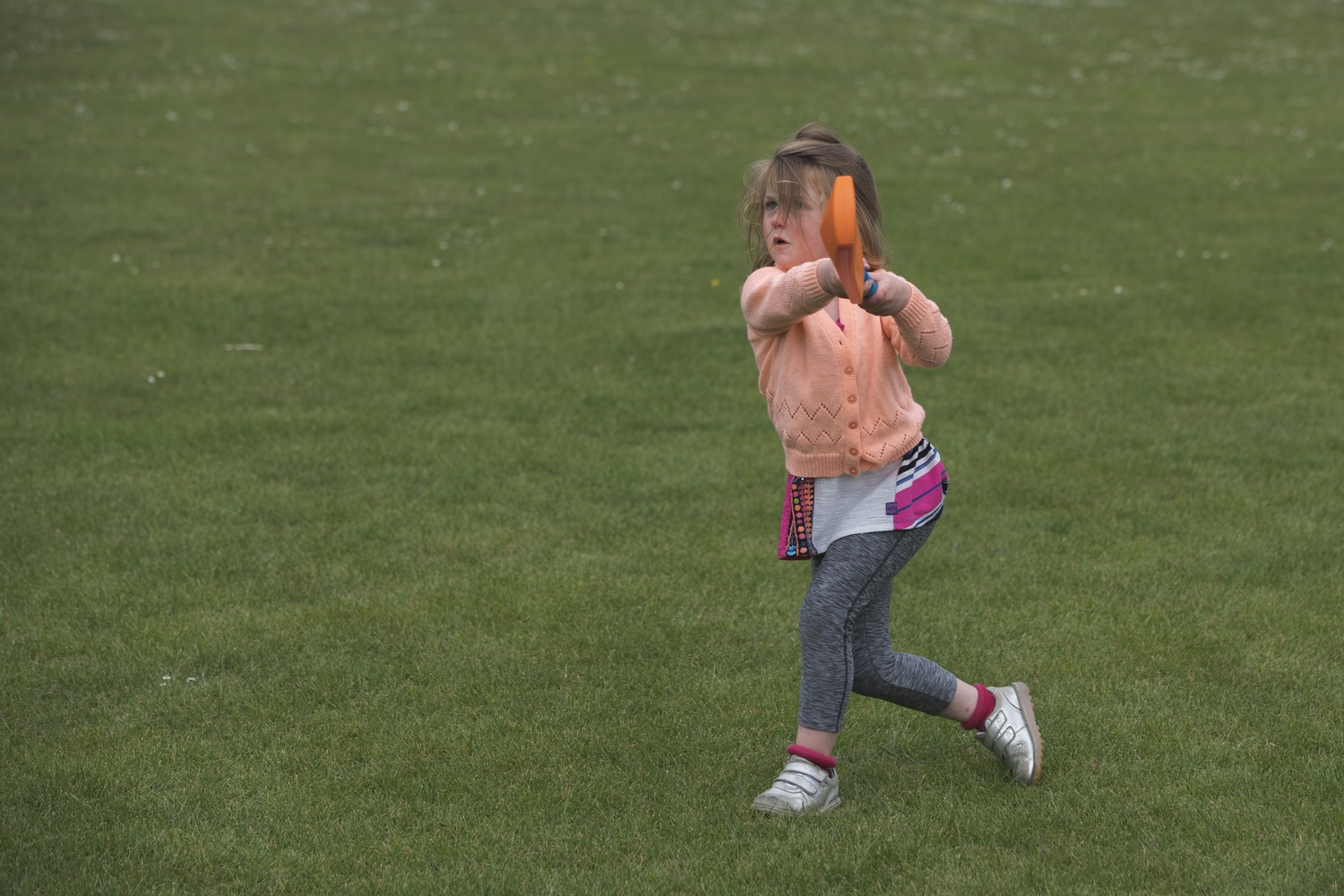 Tabitha wanted to play cricket. She's always had a bit of an interest in ball games, but it's not really something we've nurtured. Between her interest in art, writing, gymnastics; there's not really a lot of time left for anything else.

For some reason or another, we've been playing more games like this recently, and the opportunity presented itself to join Allstars Cricket so she wanted to give it a shot. She's very enthusiastic, but the coaches seem to focus on people who have a more natural ability and just let anyone else flap about and have some fun. One can flap about and have fun anywhere, so I've been trying to sharpen Tabitha's skills.

We've been bowling, batting, throwing, and catching, and she's really improving. She's also focussing a lot better than she normally does. She's like me - if she's not good at something immediately, it starts a timer on how long she's prepared to do it. Fortunately, she has improved quite quickly. She can bowl nice and straight, and hit the ball pretty well if it comes at her in a reasonable manner. Catching needs some work, but I guess that'll just come naturally with practice. Plus, American TV shows have taught me that kids love nothing more than to stand in their gardens playing catch with their dads, so I guess we have that!