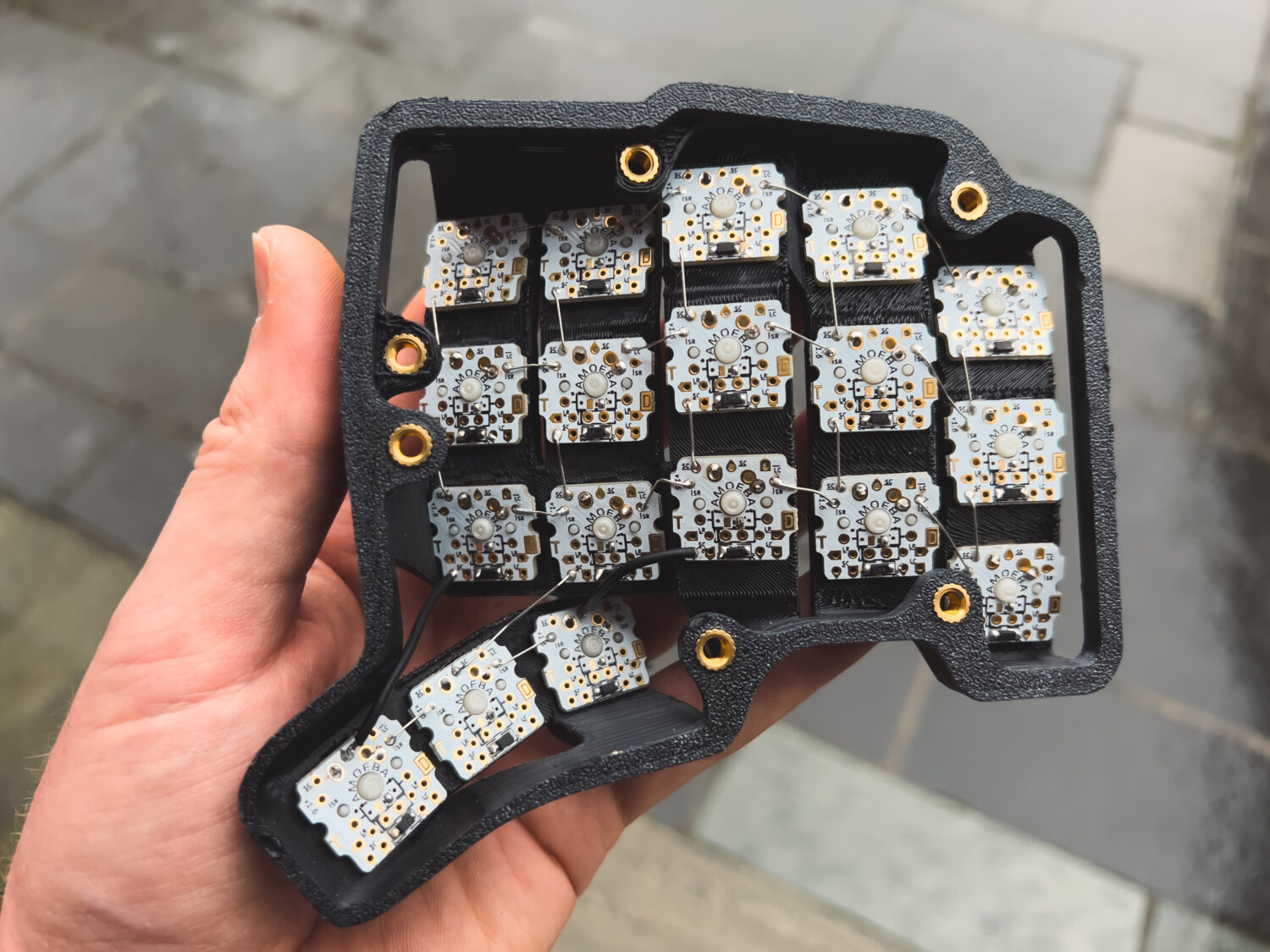 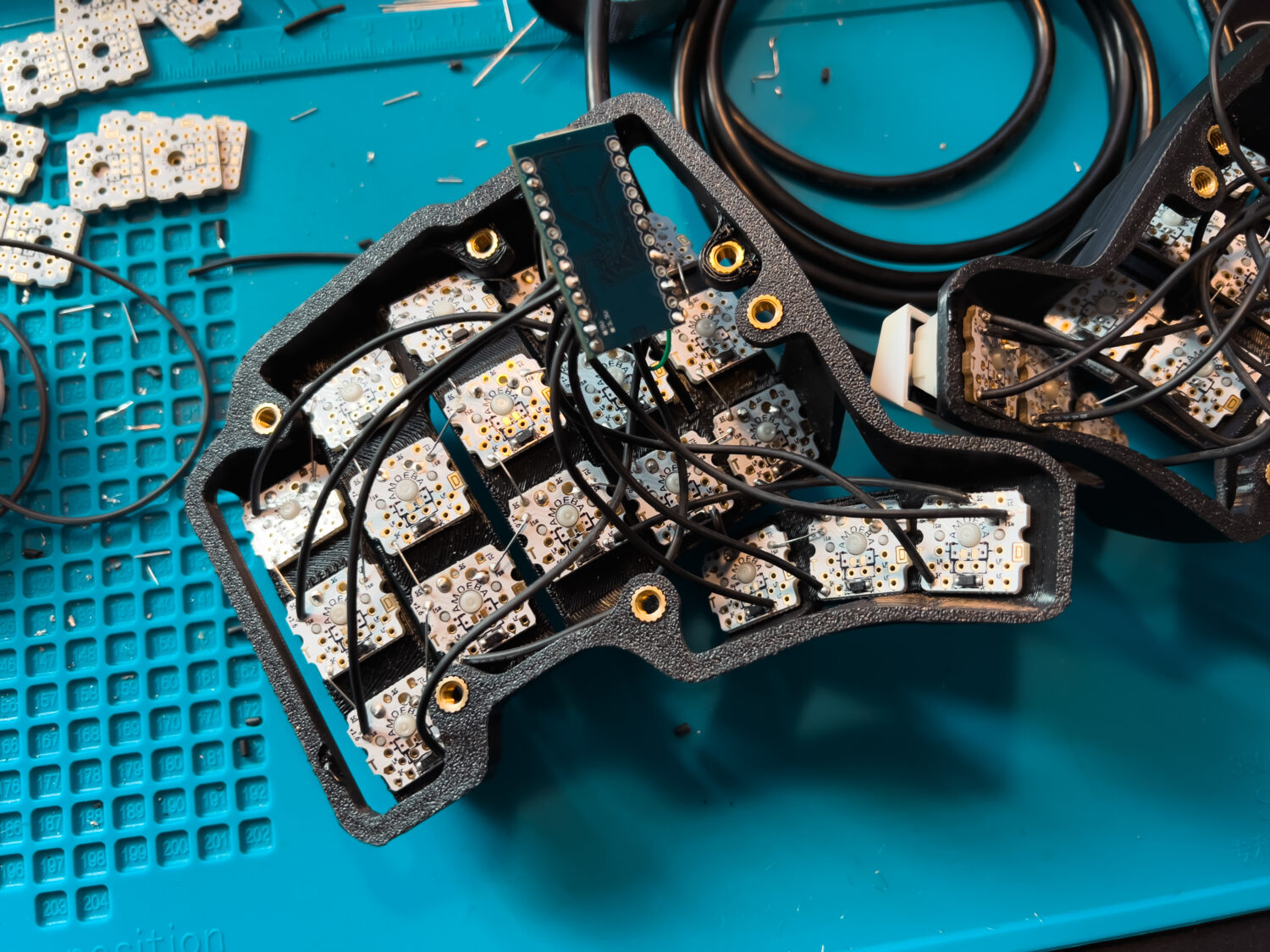 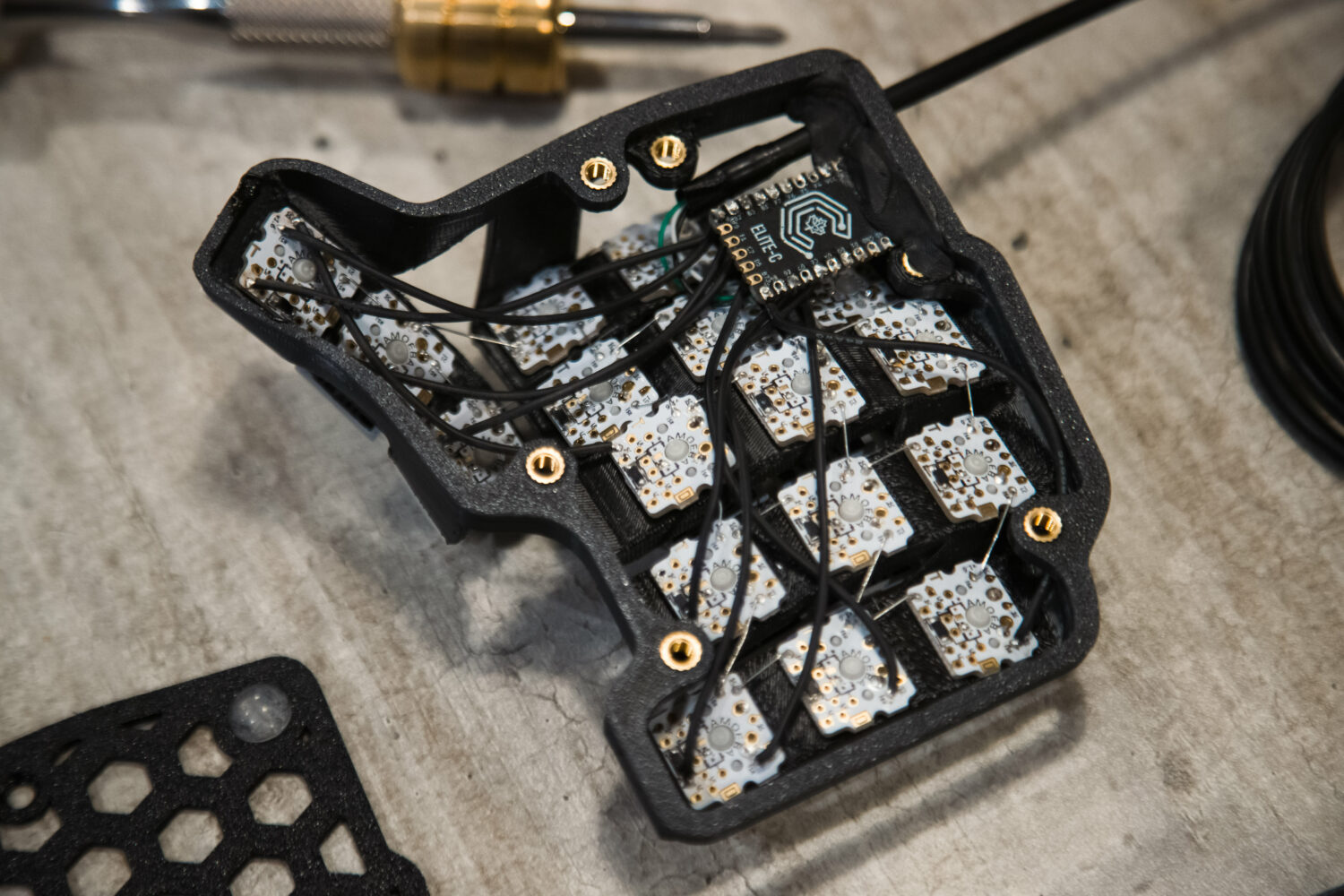 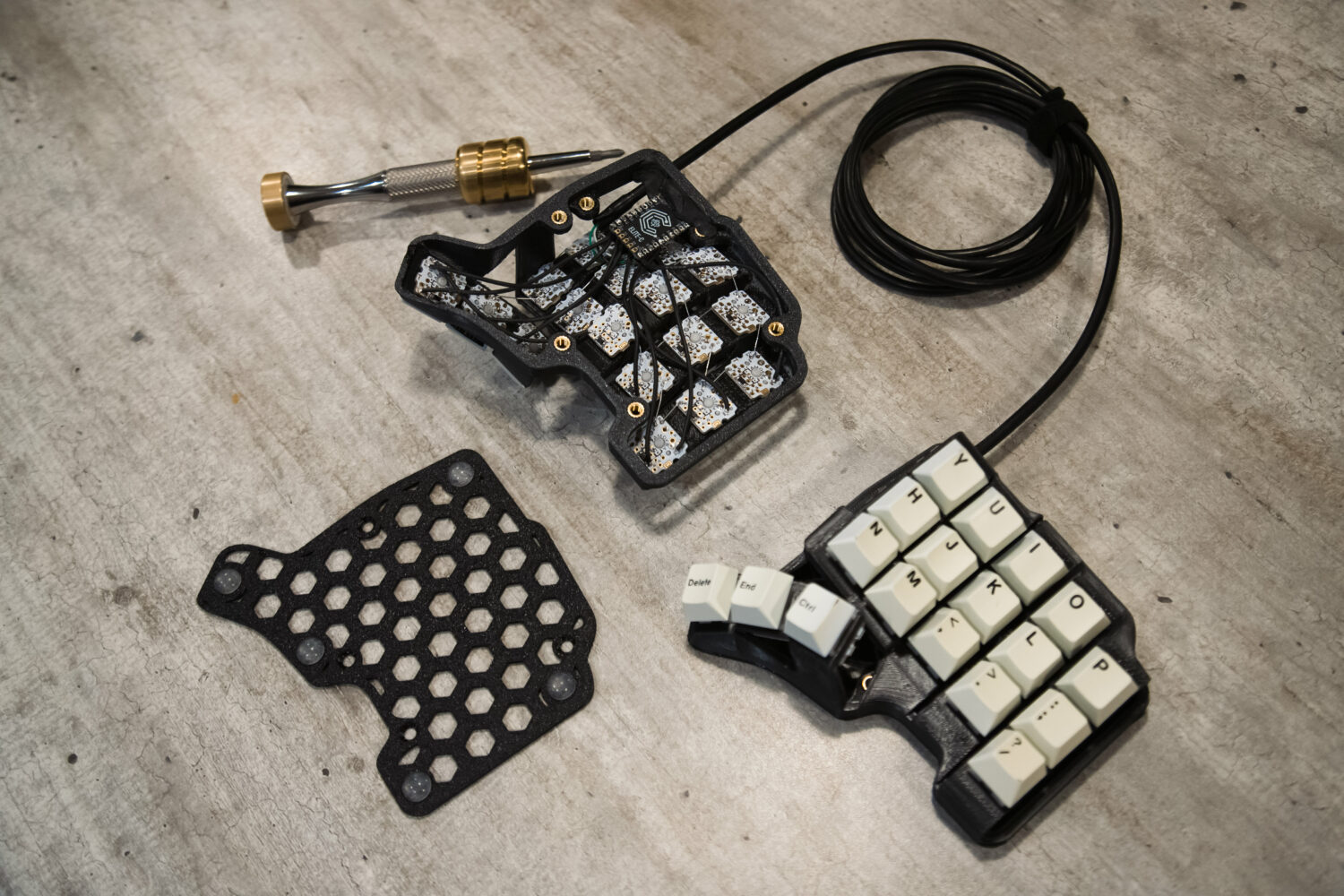 This build uses Keeb's 1u amoeba PCBs to make a handwire a bit easier. Saves you having to attach a diode.

I had a couple of problems matching my matrix to the firmware so I had to figure out how that passes through to the firmware. Fortunately BastardKB has a really helpful Discord server and a few people on there pointed me in the right direction.

The last issue was holding the MCU in right position so you can do crazy things like plug it in.

Rather than using TRRS jacks, which would've been another thing to sketchily mount in position, this uses an old USB cable (yes it is too long 🤫) with the plugs cut off, connecting the MCUs on each side.

And that's it; easy? The hardest bit is typing on it. The firmware is pretty amusingly barren by default. It doesn't have any way of deleting things. I've made my own version which uses a couple of approaches I've borrowed from the Pain27 firmware. It works quite well, but coding on it will be a different story!