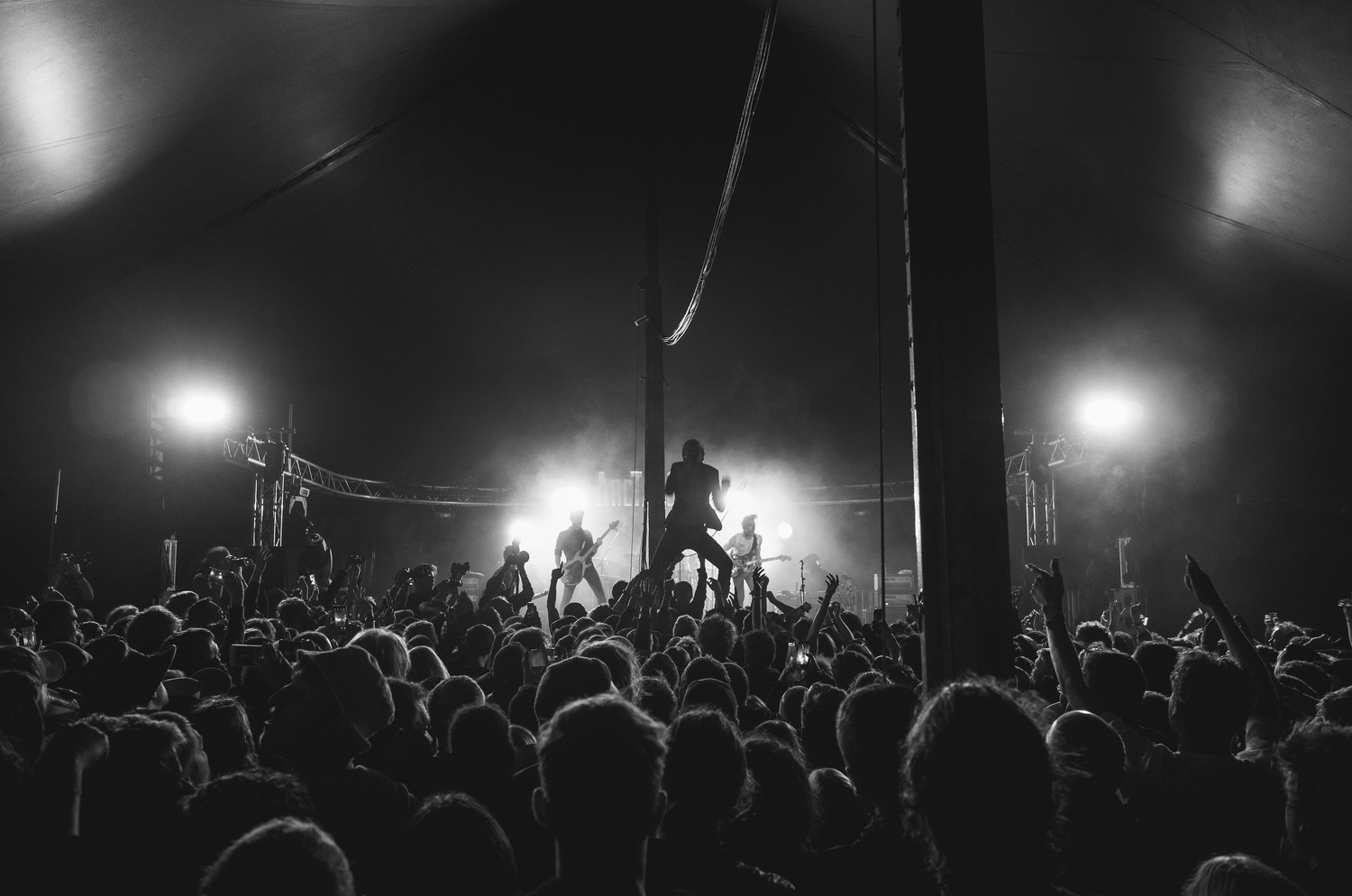 I don't think I'll ever forget this Daughters performance. 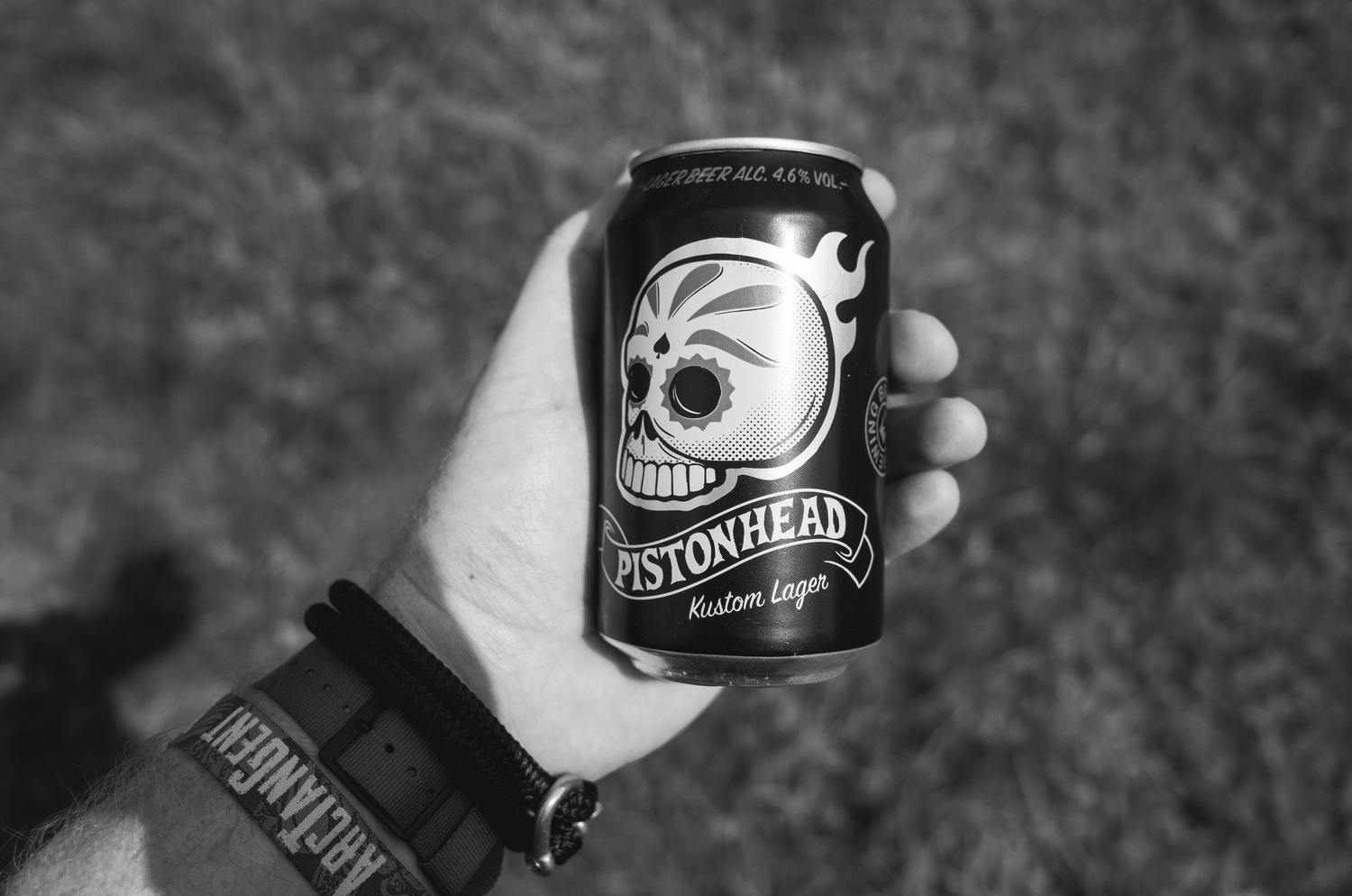 I won a competition I didn't even realise I'd entered! 24 cans of Pistonhead Kustom. Thanks! 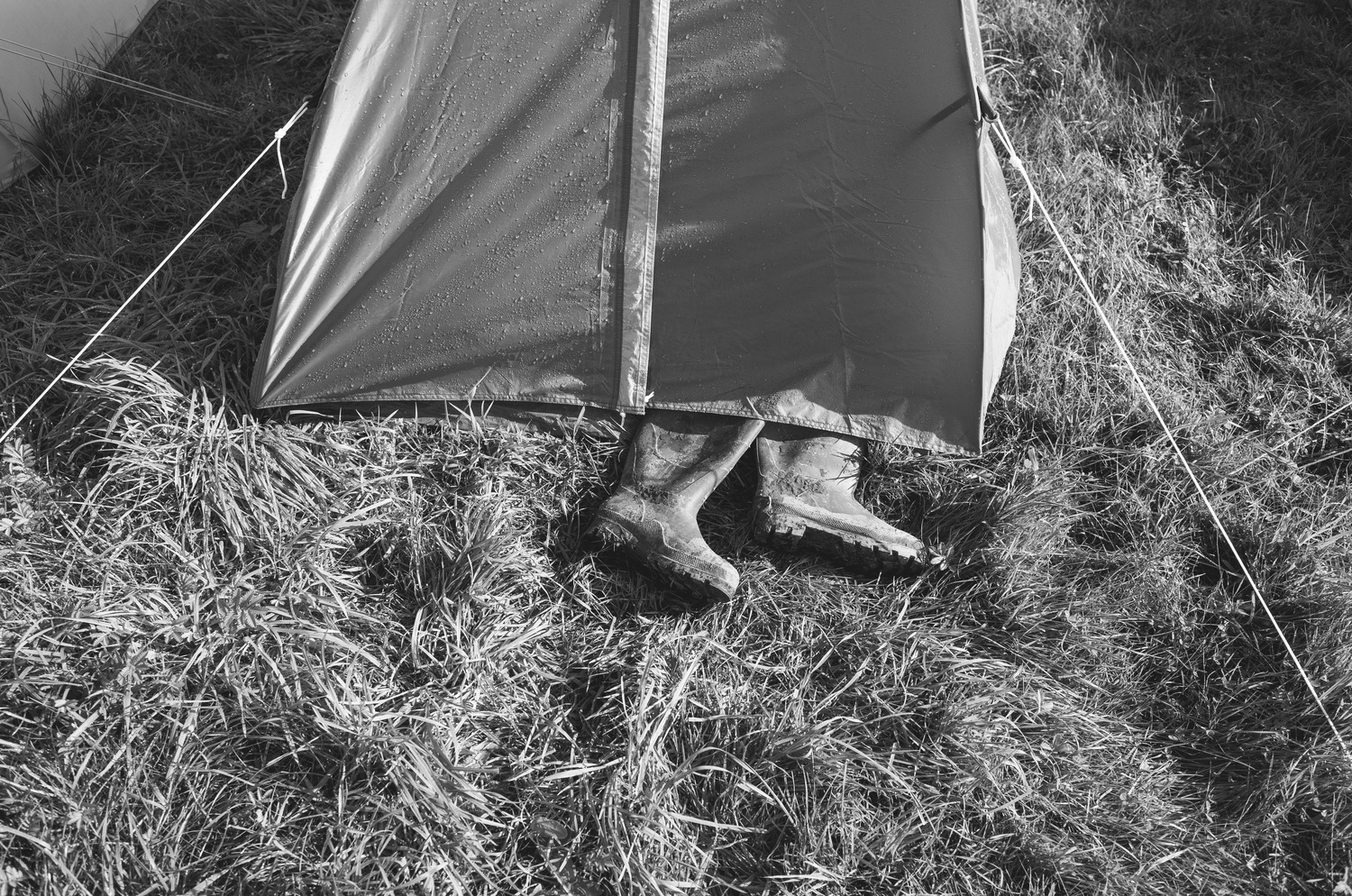 Love this technique for keeping wellies dry and tents clean, but it looks like people's tents are too short. 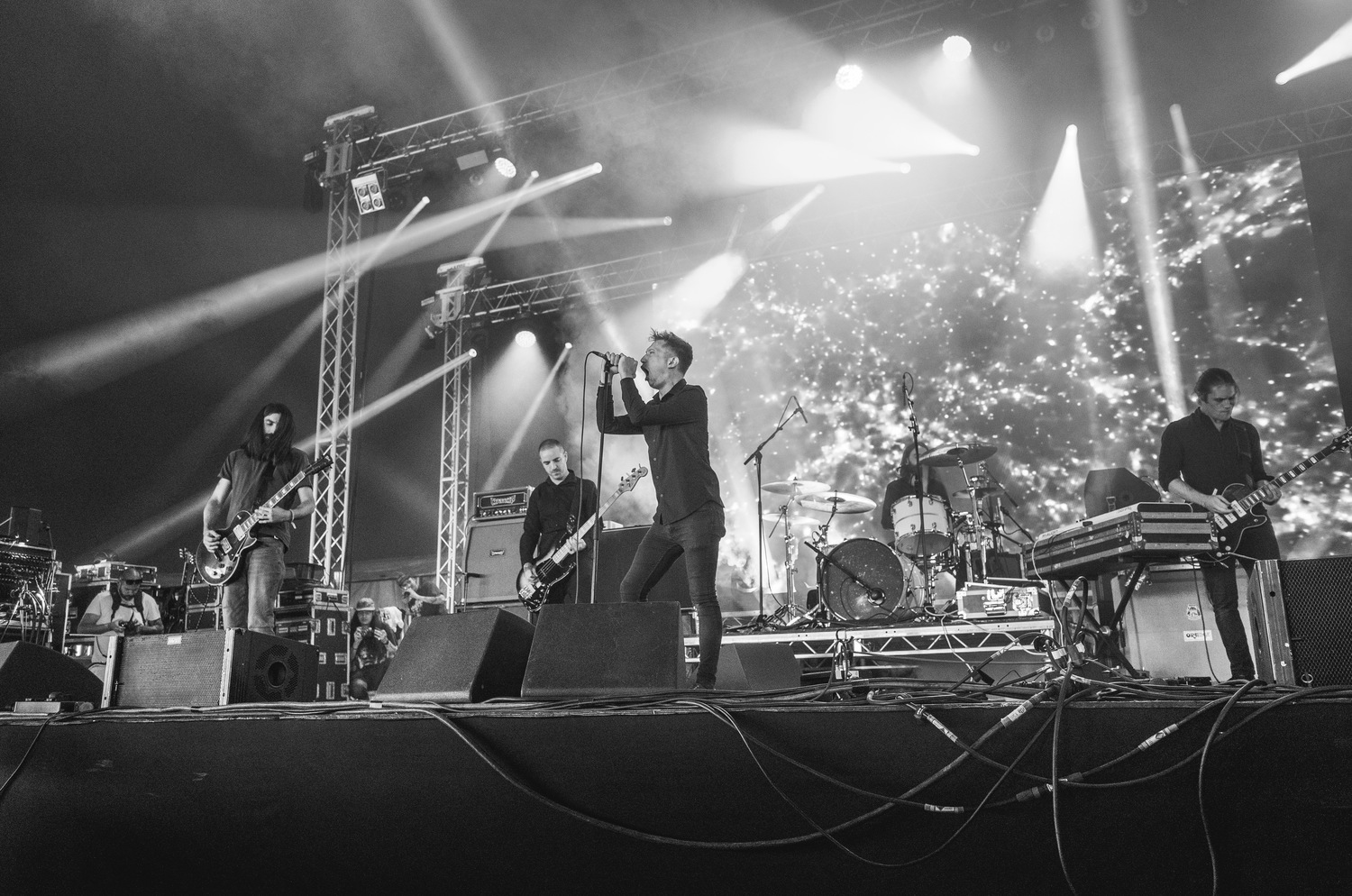 Bossk are always so good 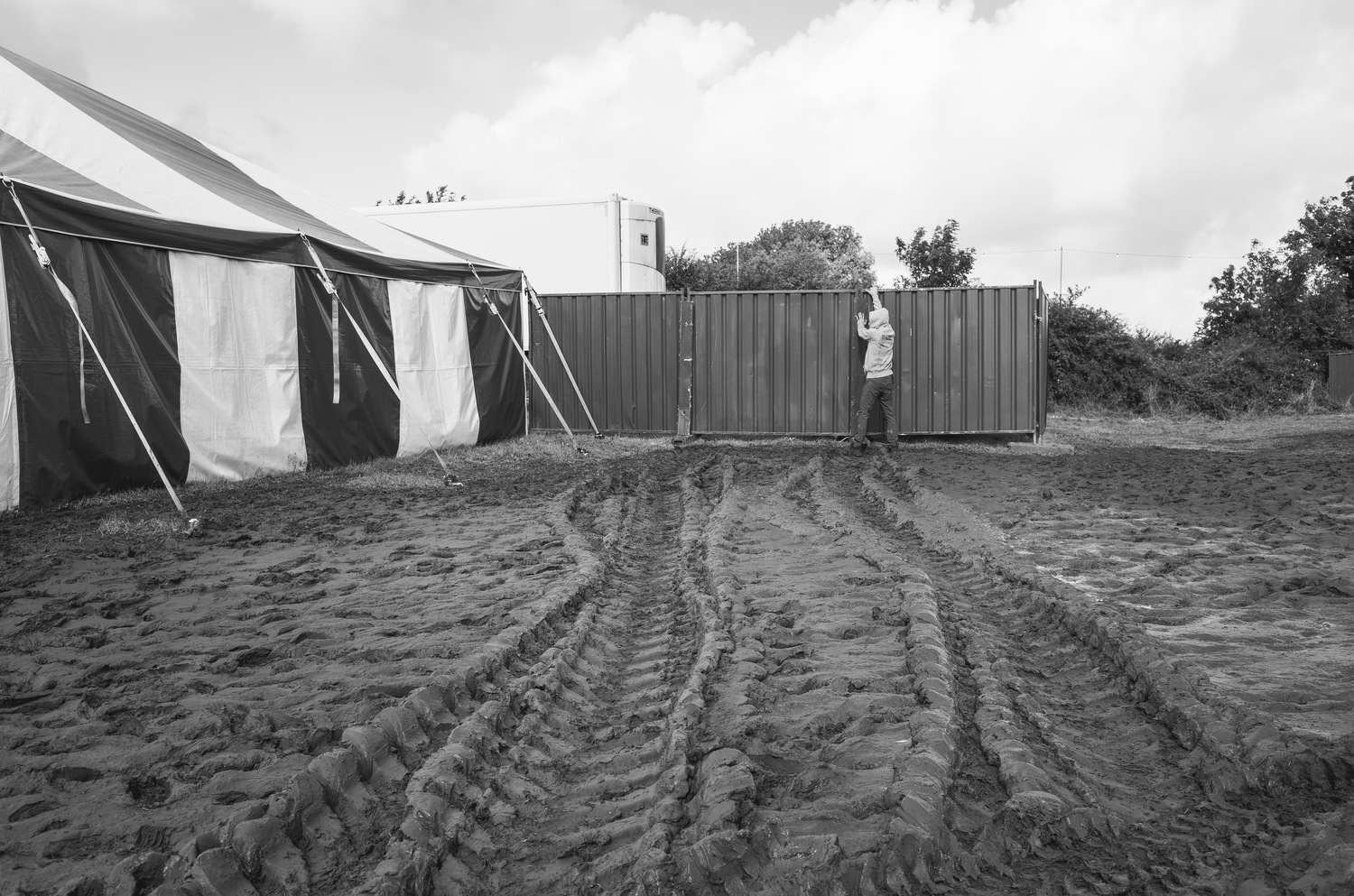 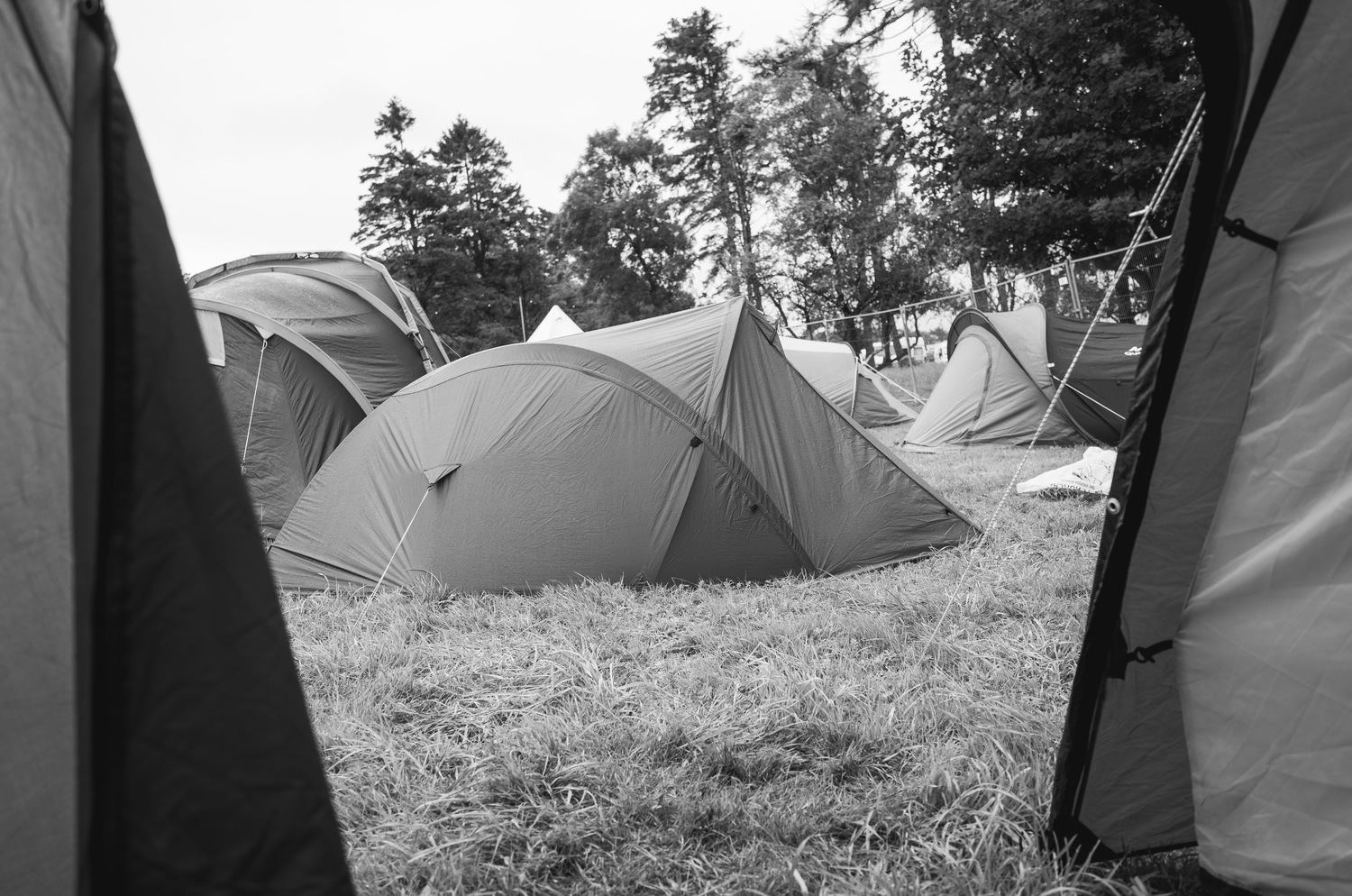 Sitting on my camping chair, hiding from the rain, before discovering that my sleeping area had become a swimming area. 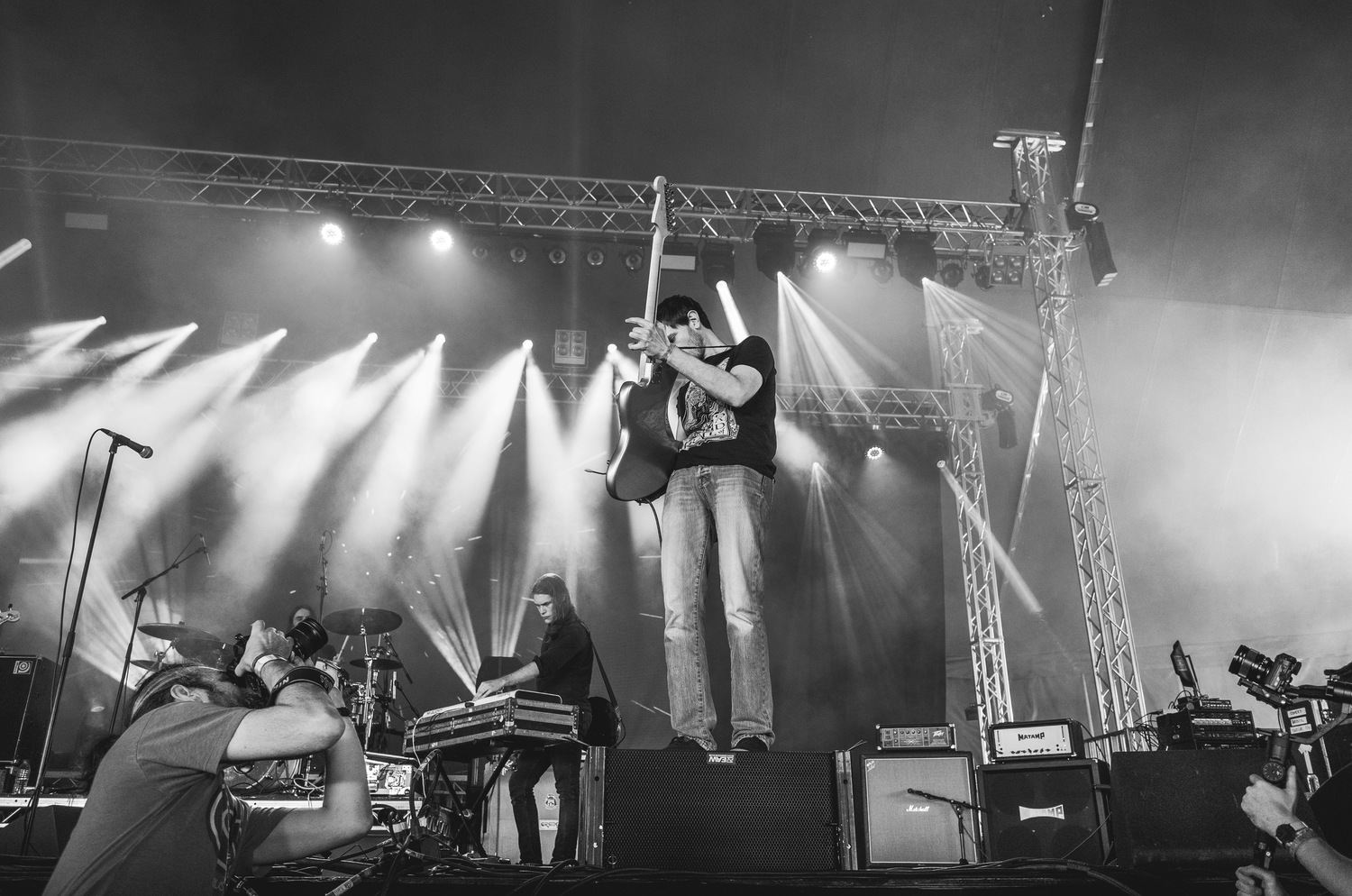 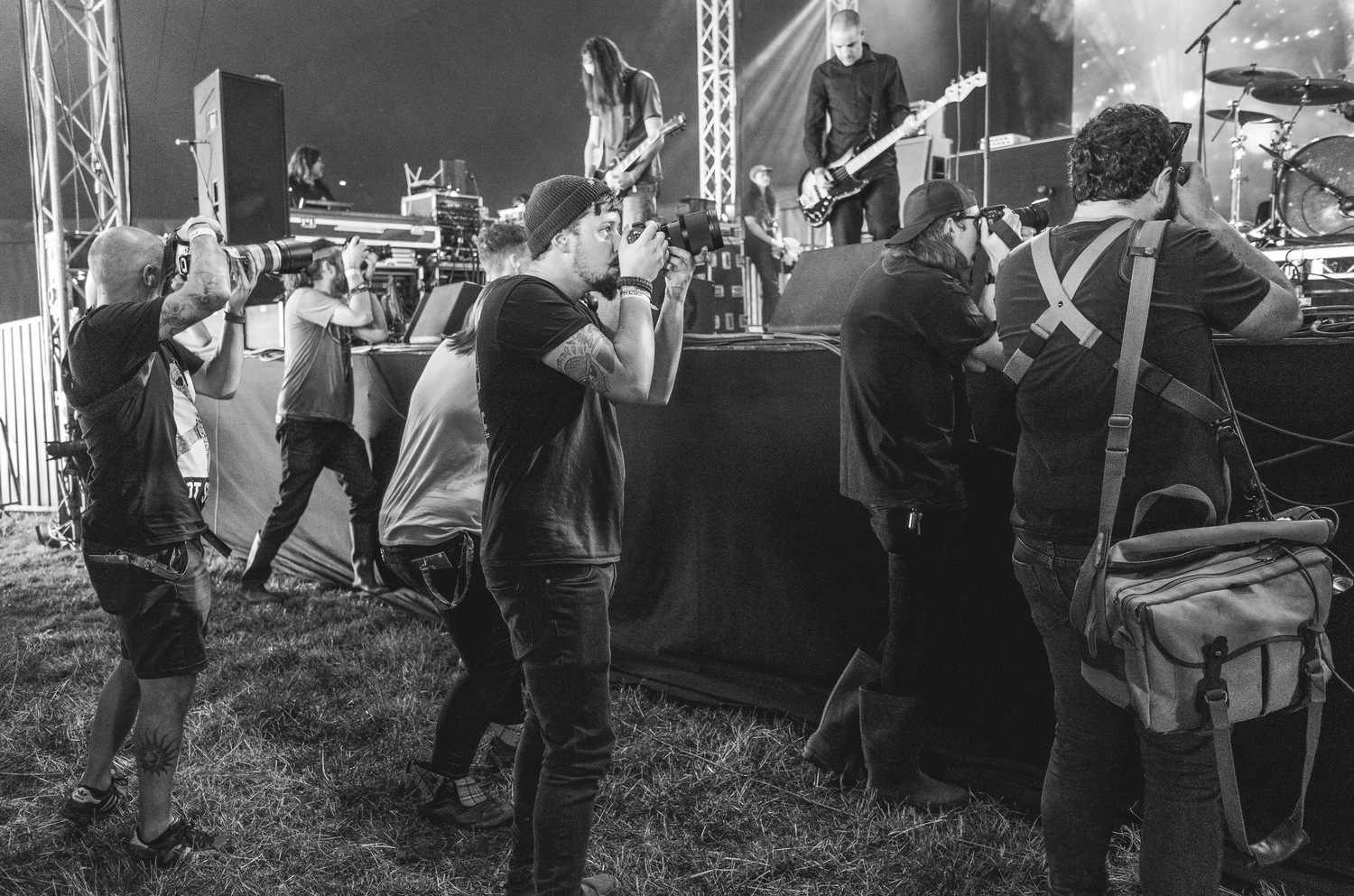 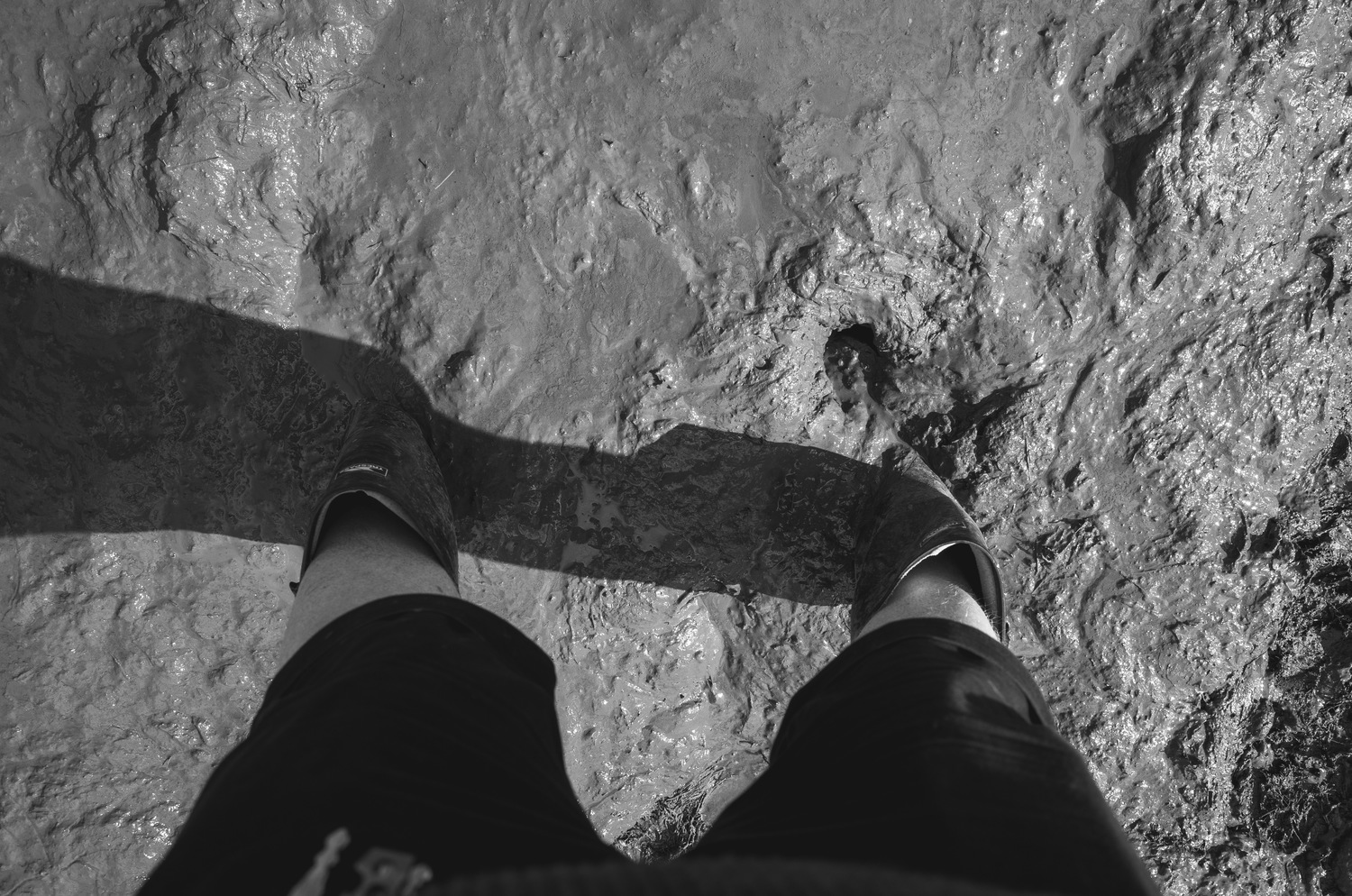 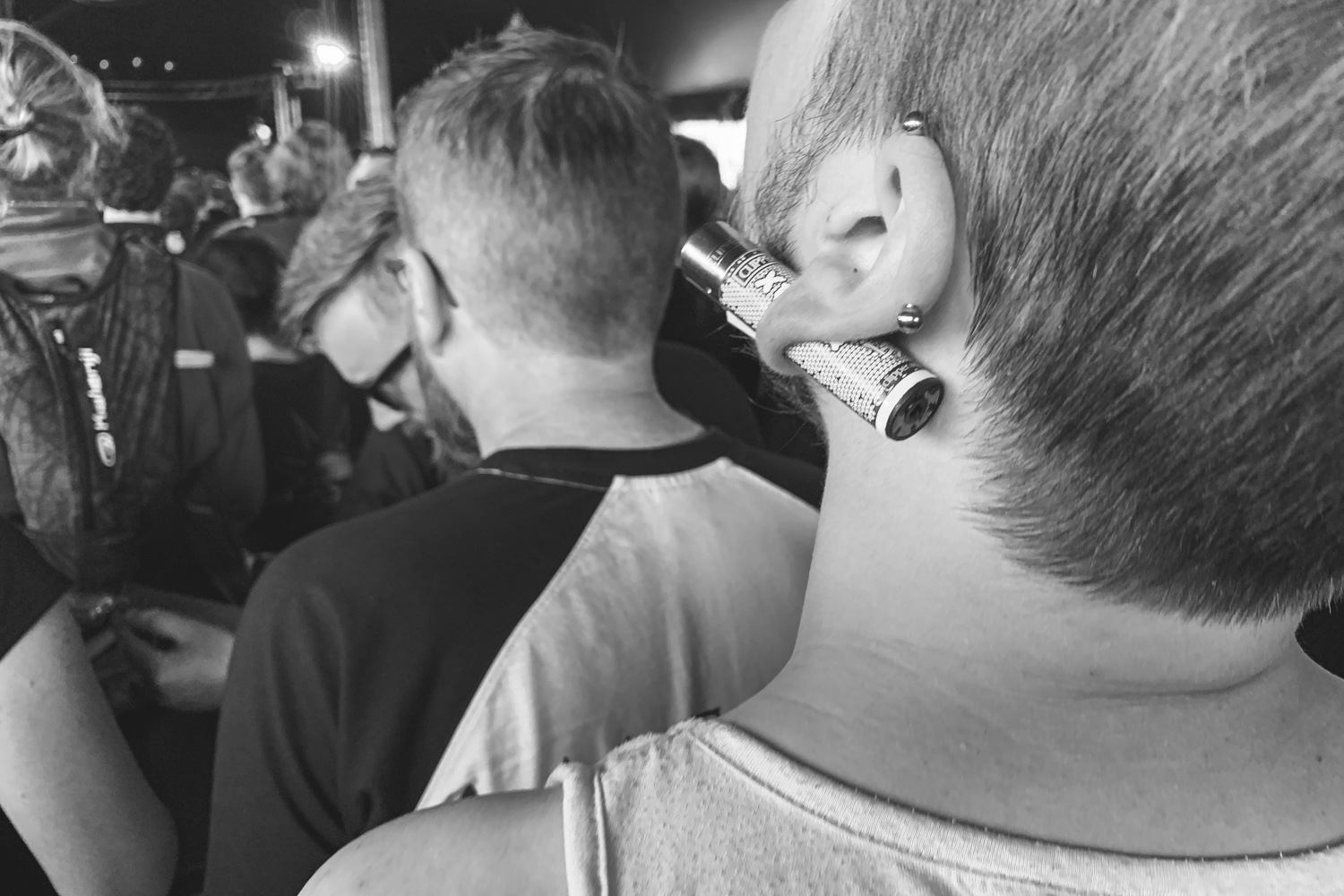 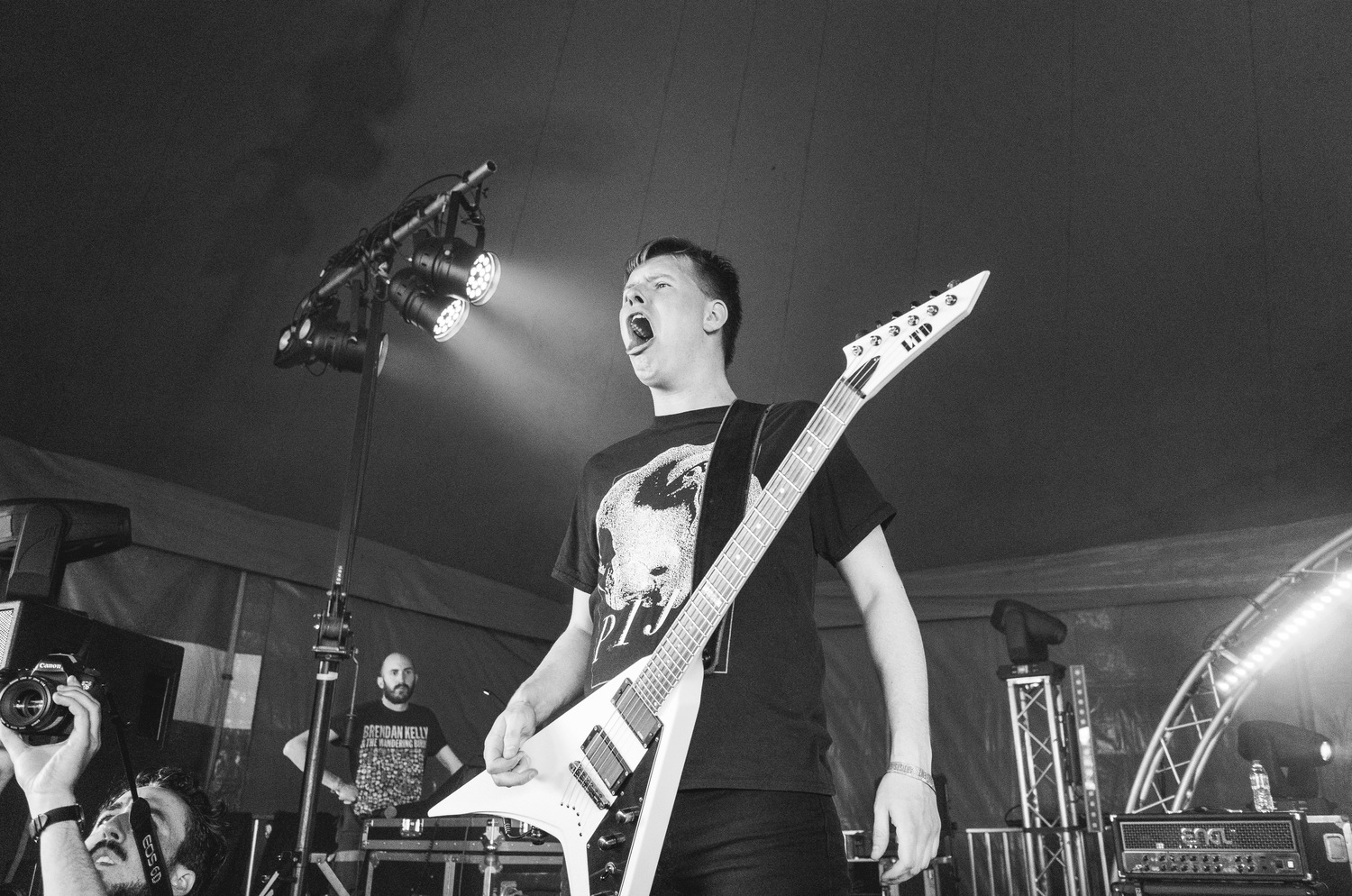 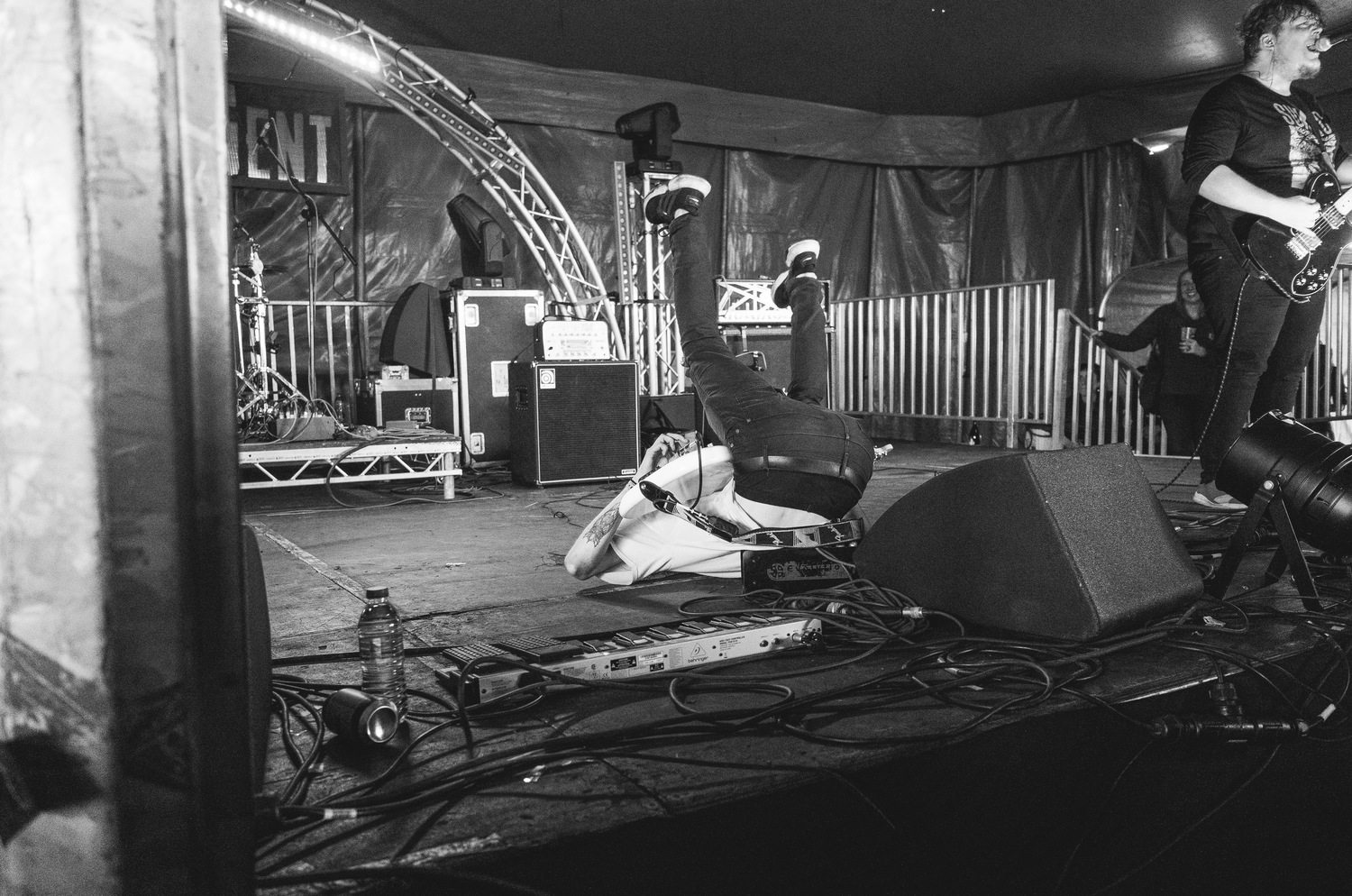 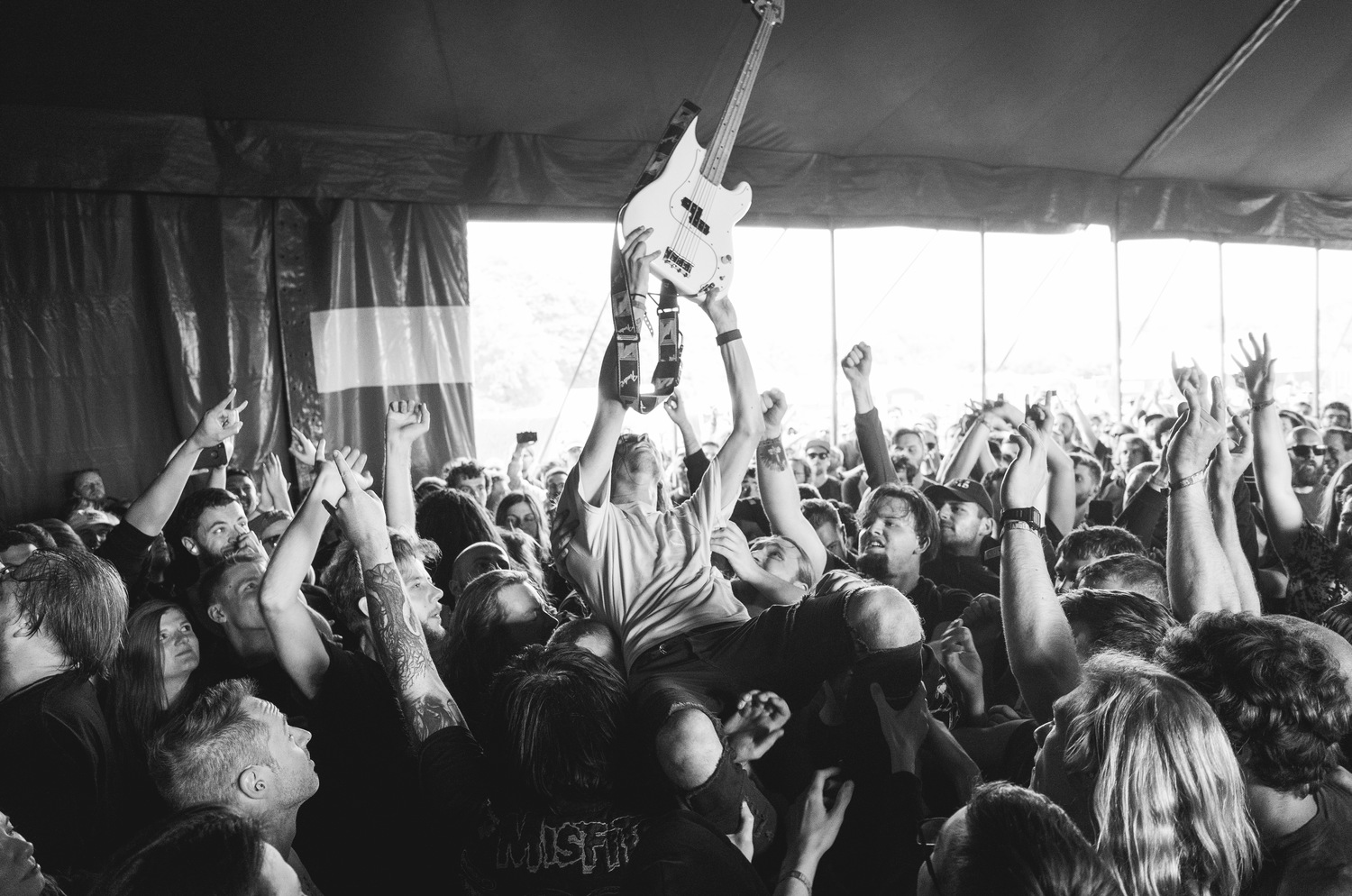 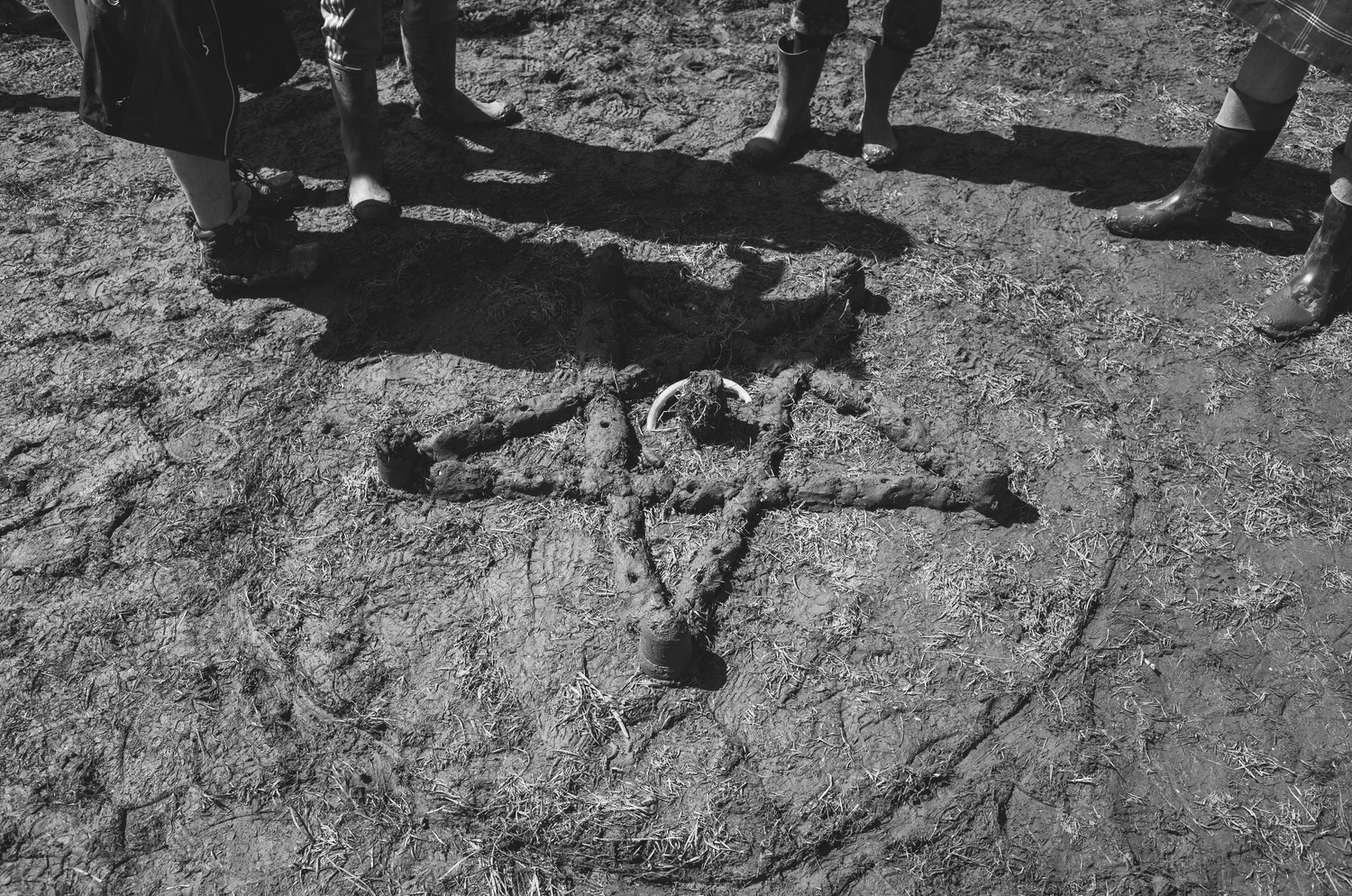 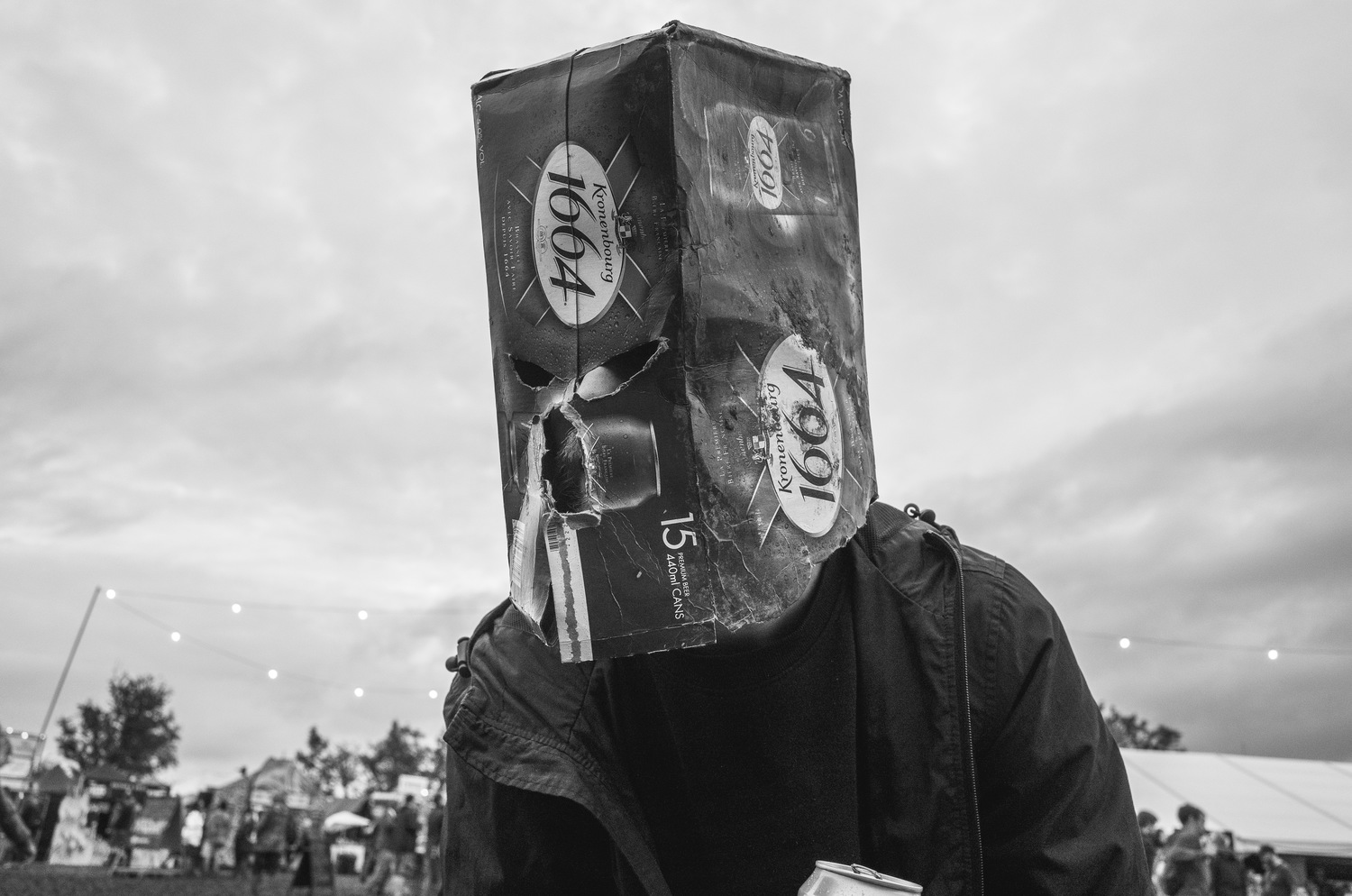 This guy wanted to buy some ecstasy. 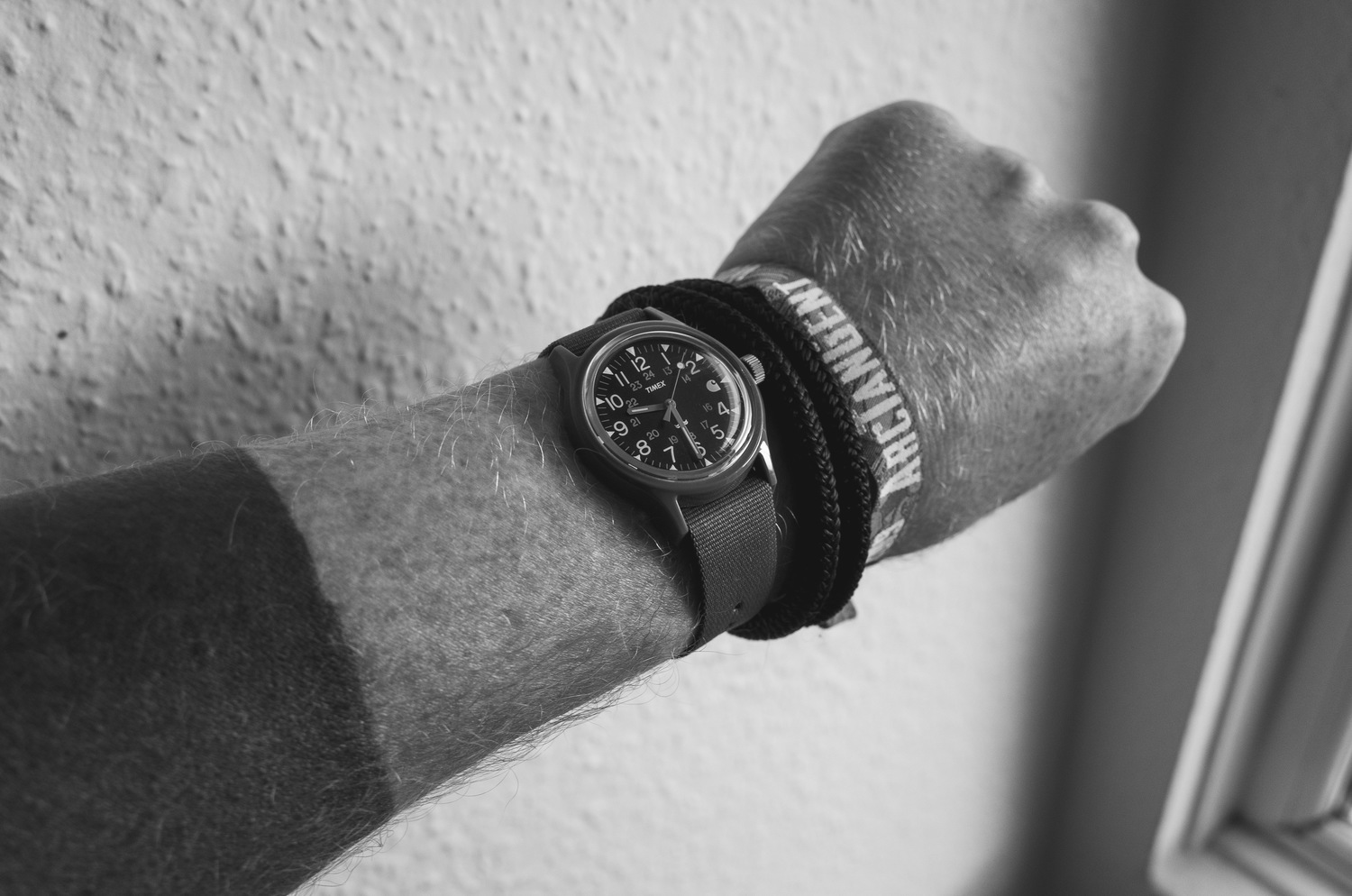 And now I can remove the wristband. I can't be one of those people who wears them for ages after.

ArcTanGent has consistently the best lineup by far of any festival that I know of. This year it was so packed I hardly had any time in Clashfinder for Festival Admin (my new favourite phrase), and ended up feeling pretty ill day one because I forgot to eat all day.

Thursday's lineup was incredible. Conjurer, Pijn with two violins and a cello, and Daughters kept raising the bar for quality to the point that I was too wired to sleep after Daughters. They were, with no exaggeration, the best live act I've ever seen in my life. I would have watched them play their set again straight away.

Friday, it rained all day. From 9am until 11pm. My tent leaked and soaked my mattress and a load of my clothes. I ended up moving everything to the car and spending the next couple of nights sleeping there. I've never slept in a car before, and I hope I never have to do it again.

Still, some excellent performances before the rain defeated me. I then sat in the passenger seat of my car watching Green Wing on my phone and being angry at myself for giving up and missing Frontierer, Russian Circles and Battles. 65daysofstatic played Unmake the Wild Light, and We Never Learned to Live played Shadows in Hibernation so I was very happy. AA Williams played a lovely set to start a miserable day as well. I loved what they did with her songs to bring a more epic post rock feel to them. Would definitely see her again.

Saturday was back to normal, lovely sunshine and some incredible performances from Curse These Metal Hands, and Car Bomb. It was fun watching people trying to nod their heads to Car Bomb, only to have the time signature change and flummox them. It's the simple things.

I finally got to see Meshuggah's amazing light show. It was totally mesmerising watching patterns moving perfectly in time with the music. I heard people saying that they thought they were programmed and triggered, but I've seen this so I know the truth.

Lineup and performances aside, I was quite disappointed with how organisers handled the rain. People were cold and miserable the whole day. There was nowhere to sit and get dry, there was very little seating in general. It always rains, and they seemed totally unprepared for it. Just some indoor seating would've been enough.

The photographers are becoming a joke, too. The photo above of seven goddamn photographers getting in the way, blocking views, and generally being obnoxious the entire time perfectly encapsulates the experience of being at the barrier at ArcTanGent. If you're at the barrier, there's a photographer in your face. They don't care about blocking your view as they get their shot. I get that they're trying to do their job but they're so inconsiderate about it that I just don't care about their job or their photos. I don't know what the solution is to this but I hope it's something people are aware of. You don't need seven photographers covering each show (plus usually two people on stage filming as well!). Especially not if it messes with people's enjoyment of the performance.

Negatives aside, food and drink were brilliant, and reasonably priced. Bars could've been better-staffed, but it was mostly fine. Special shouts to Seitan's Grill for making a lovely vegan burger with the first nice vegan bacon I've ever eaten. Their competition isn't exactly very good but still, they set the bar pretty high. Very friendly staff too - if you see them at a festival, get their burger.

And finally, it's nice to go to a festival where you can hear conversations about distributed version control systems as you walk around.