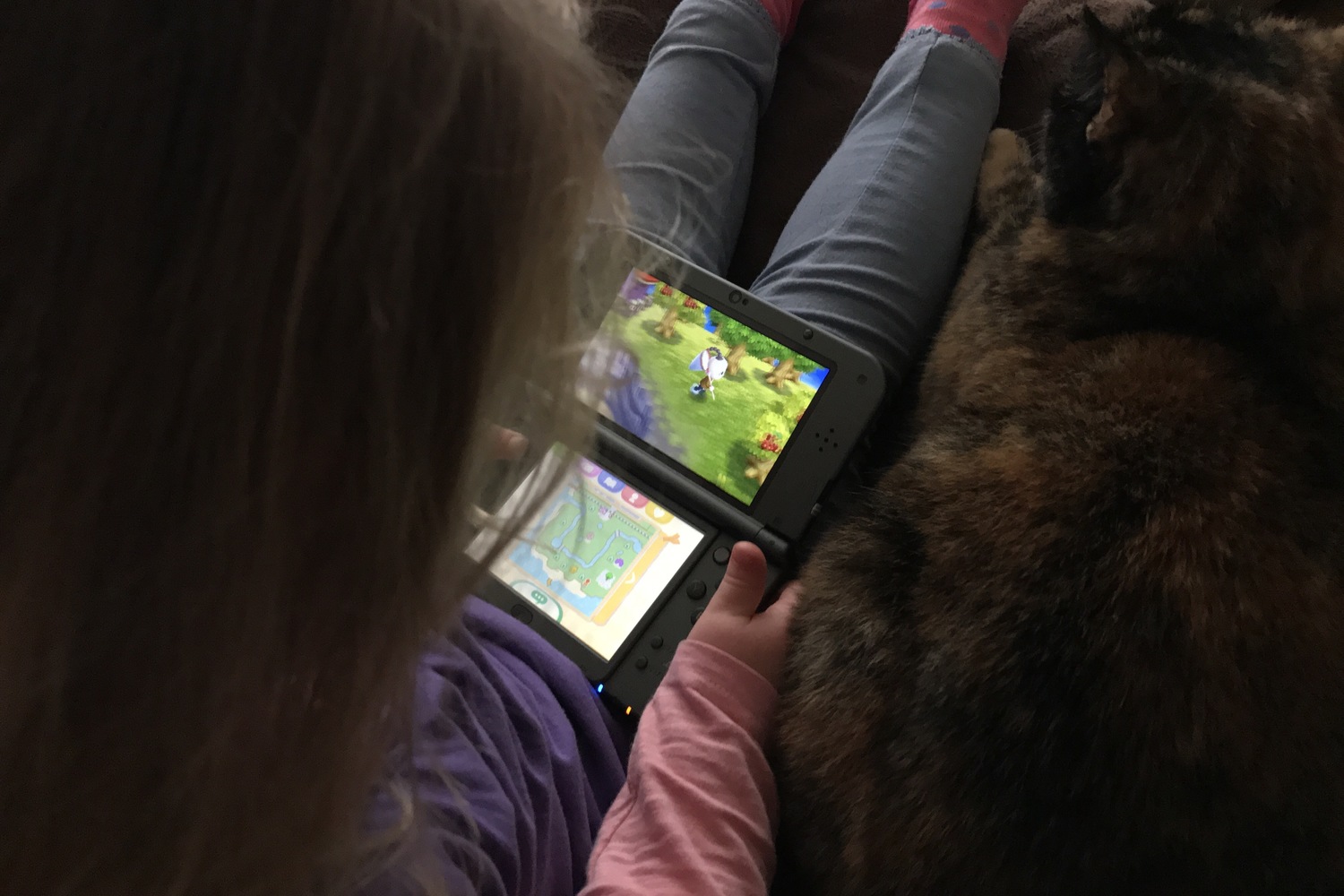 A couple of years ago, I banned myself from playing Animal Crossing. Games that lack an objective are not good for me, because I play them in the same way as an objective-driven game. I obsessively try to achieve a task which, when there is no real task, results in some very weird behaviour. I would spend five hours each day picking weeds, watering plants, collecting fruit, catching fish and chasing bugs. Then exchanging those for money to improve my virtual house. All whilst my real house stayed the same.

This game is so simultaneously compulsive and relaxing that it became an incredibly effective form of escapism that ended up nearly being quite damaging for me. I wasn't sleeping or socialising. For someone working from home, that's not good!

Tabitha plays all games in the same way - as a sort of pseudo RPG. She doesn't try to complete the task, she just does things in the world as a character. Until I realised what she was doing, it was incredibly frustrating to watch, but now I actually quite admire it.

That's why I thought Animal Crossing would be perfect for her, but I was wrong. It seems she enjoys ignoring tasks rather than not having tasks, and she got bored very quickly. Probably for the best because I don't think I need this game back in my life again. Did I mention I was really obsessed with it? I'm sure I did.

Can't park there, mate
Standing in the Shadow