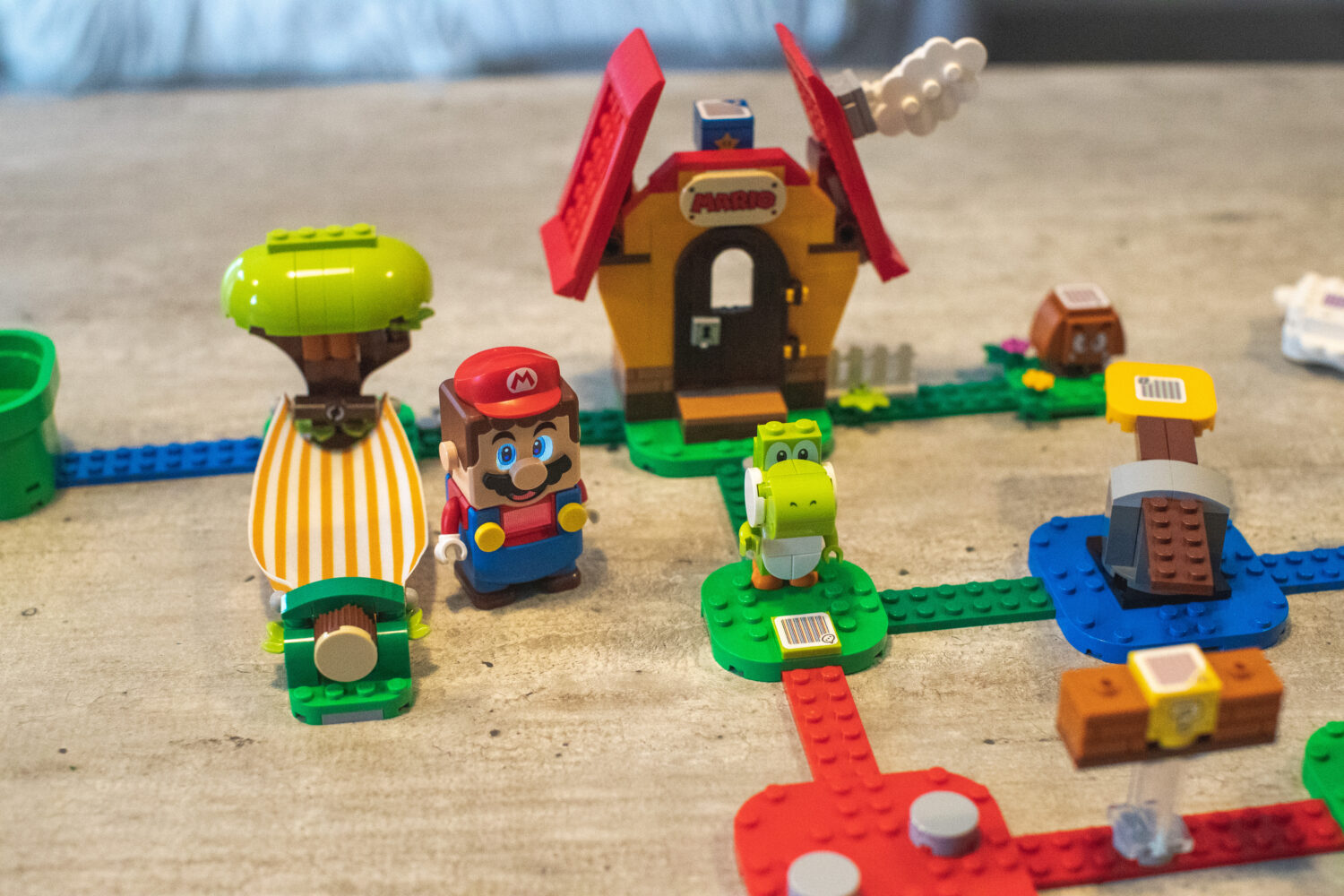 Mario and Yoshi; band's back together. 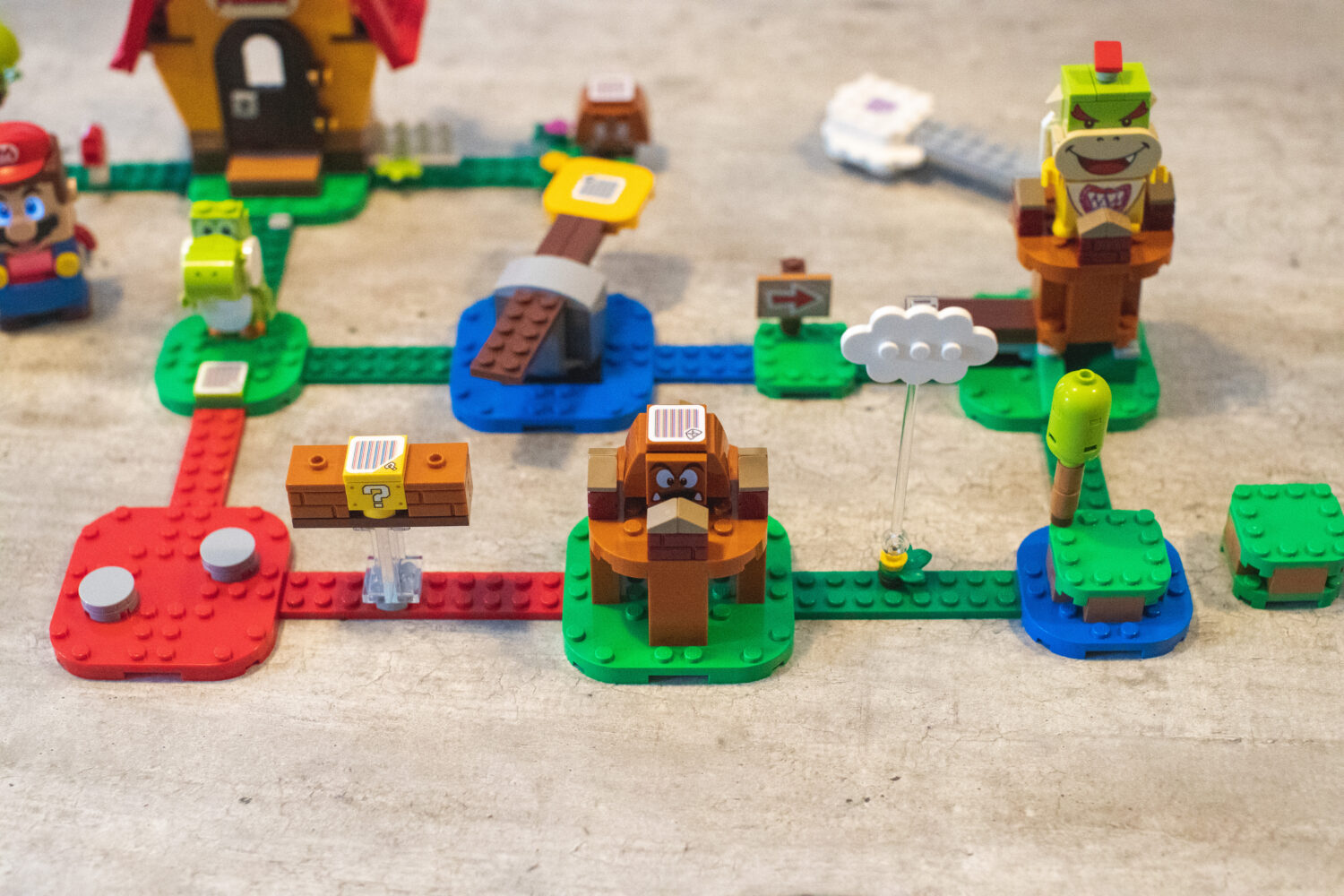 If you knock Bowser Junior down and can jump on his back enough times, there's coins to be had! 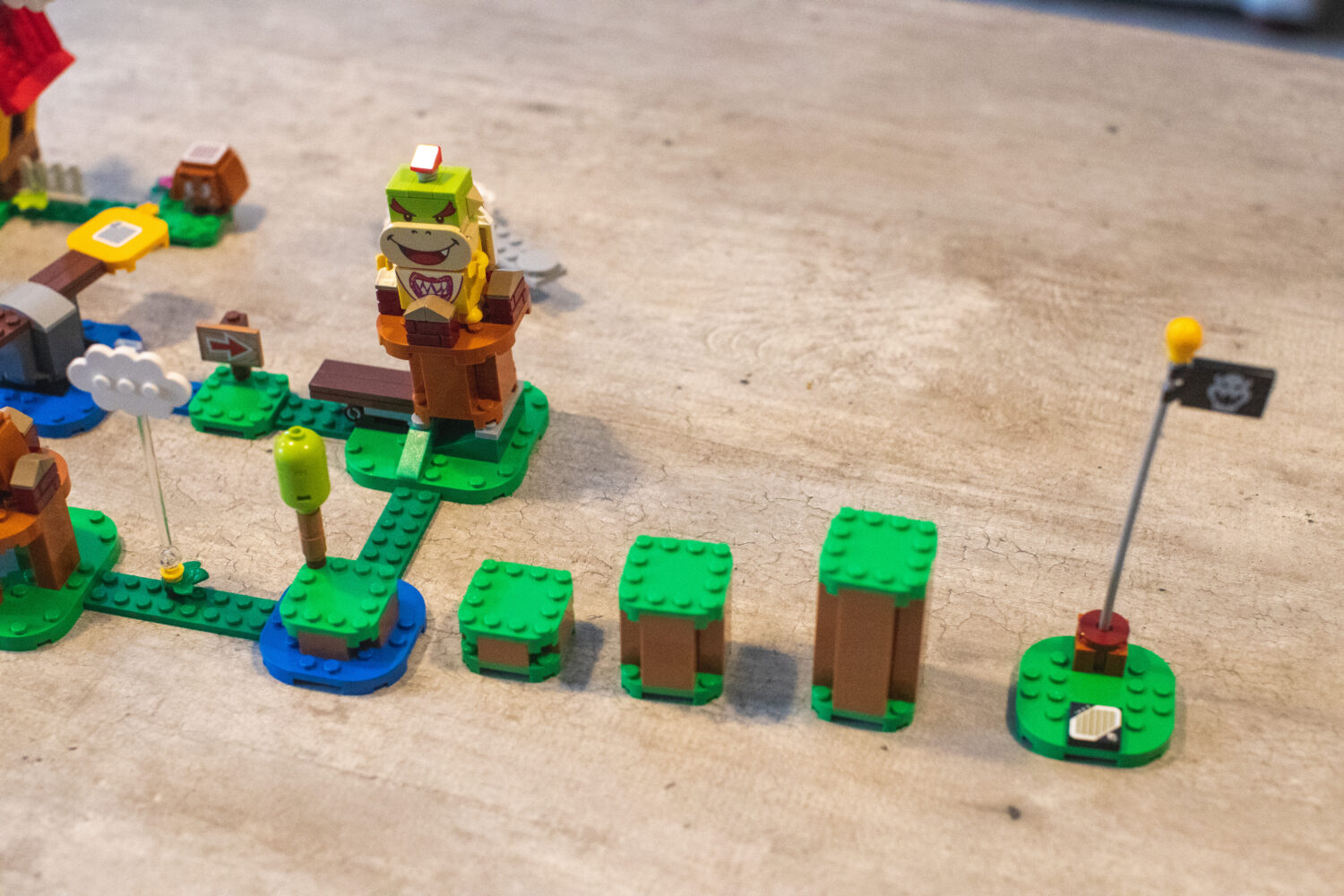 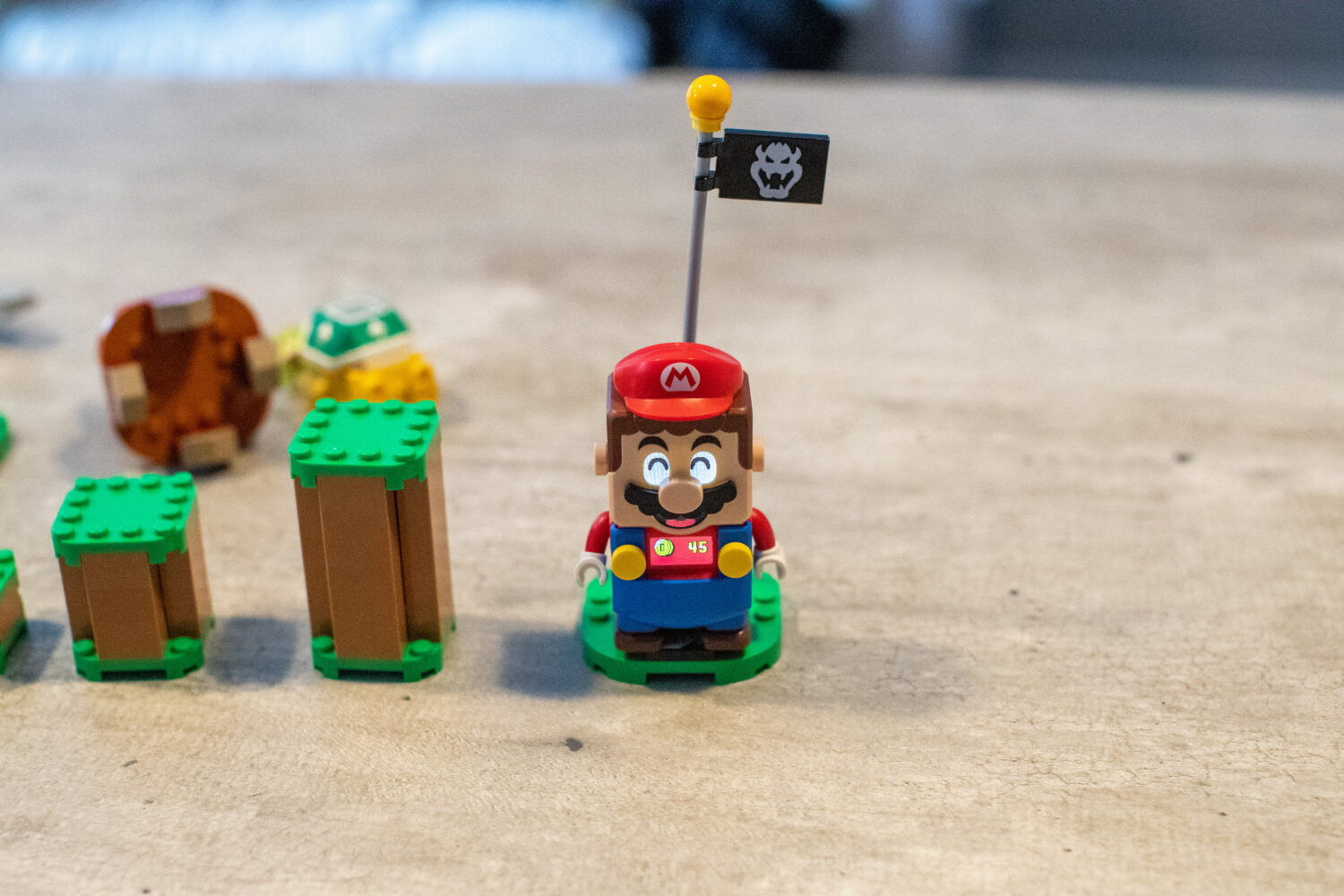 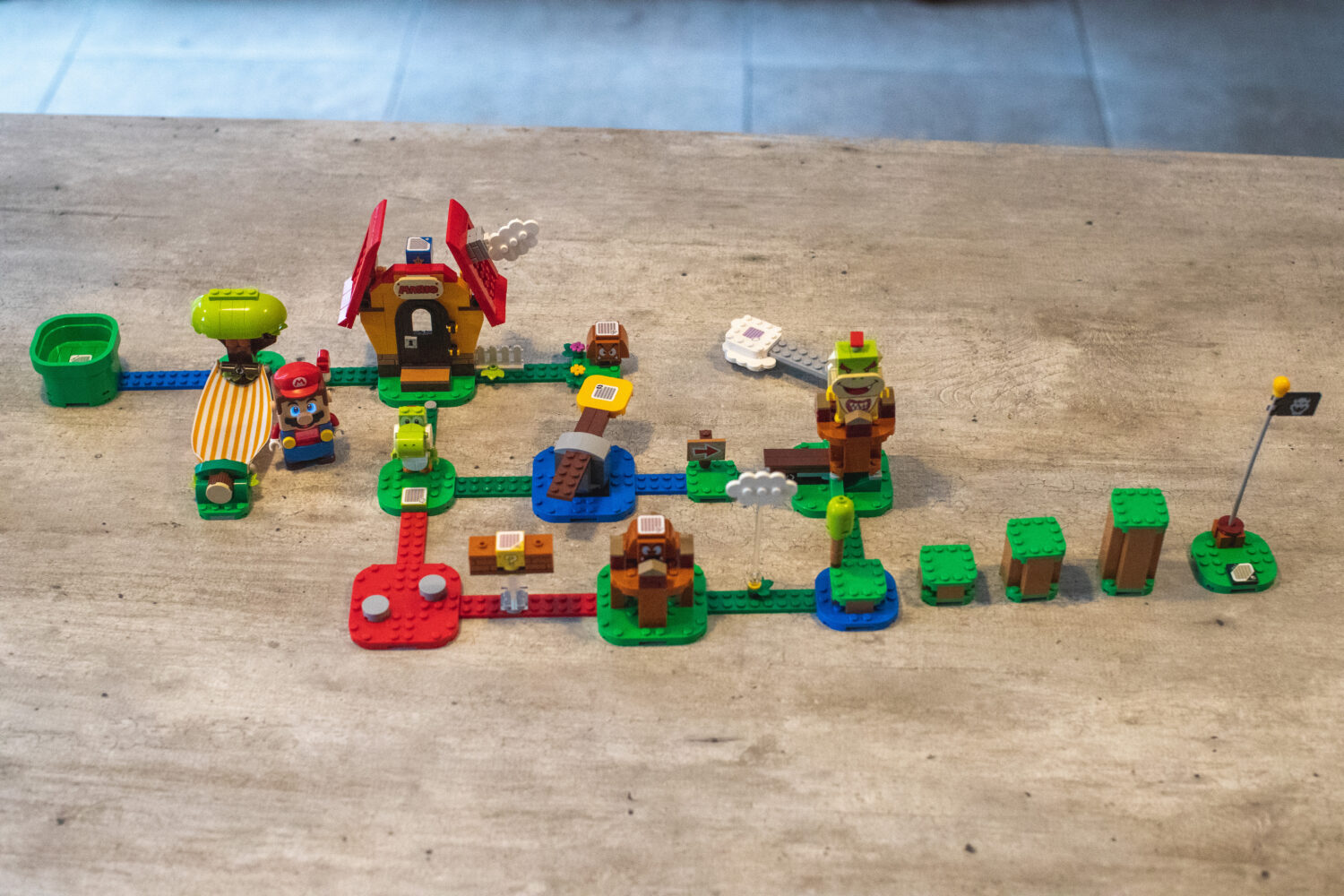 In my opinion, LEGO have done a really poor job of communicating what this actually is. Maybe I've just conveniently missed the message in everything I've read, but even so, if I've managed to entirely miss it, others probably did too.

In a nutshell, it's Mouse Trap, but with two very expensive licenses attached and a price tag that reflects that. It's the culmination of everything that is exploitative about how we currently consume media, neatly packaged into one (thousand) box(es). It has blind-bagging, it has paid DLC (there are so many sets to collect - we calculated that it was about £600 for everything, in total), it has an app that absolutely obliterated my iPad battery and, in a direct hearken back to my childhood, it requires batteries which are not included. My soundbar remote control is now bereft of battery.

Sven very generously gave me a LEGO gift card he wasn't going to use, so I took the opportunity to give it a try. Knowing full well that my conscience couldn't permit me to spend £600 on this; it was a safe toe in the water.

I've got to say, I'm very pleasantly surprised by all of this. It was a lot of fun little bite-sized builds and the app leads you through this process in a way that feels like a journey of discovery (owing, in part I'm sure, to my lack of prior knowledge on the subject!). It reveals little details and then encourages you to go and find your own. You build the little blocks and put them together in a way that fills your head with ideas on how they can fit together, and by the time you've assembled the starter kit, you're ready with your own ideas on what you're going to make.

There are so many really nice little details throughout the set. I feel like LEGO have really pushed the boundary of what game you could make using barcodes and a reader (that's basically all this is). I almost don't want to spoil the things for anyone who might buy it for themselves, so stop reading now if that might annoy you.

Things like moving Mario near some of the red bricks causes him to catch fire. If you put him in the hammock and gently rock it, he falls asleep. He has fall detection, so if you drop him or he falls during a run, you get a little animation and sound to go with it. It's all very carefully considered.

I do wonder about its longevity, though. The game is basically "set up a level using as many of your components as you can, then do a 60 second run and try to get as many coins as possible before you get to the flag". Obviously you could cheat at this, but what'd be the point? There's a lot of sets you could choose from if you're willing to spend that sort of money on this kind of thing, and that's definitely going to extend its life, and probably add a load of variety but still it's £600 for a LEGO video game that you play with barcodes in real life. I'm having a hard time figuring out if I could justify it, but I do like it as a concept and I don't think the execution couldn't be any better.

Being honest, I think parts of it are going to end up as a desk toy when I've set all that up at home. I love the Mario; it's super cool.

Until I read them to Tabitha a year or so ago, I had never read a word of the Narnia chronicles
The World is a Strange Place