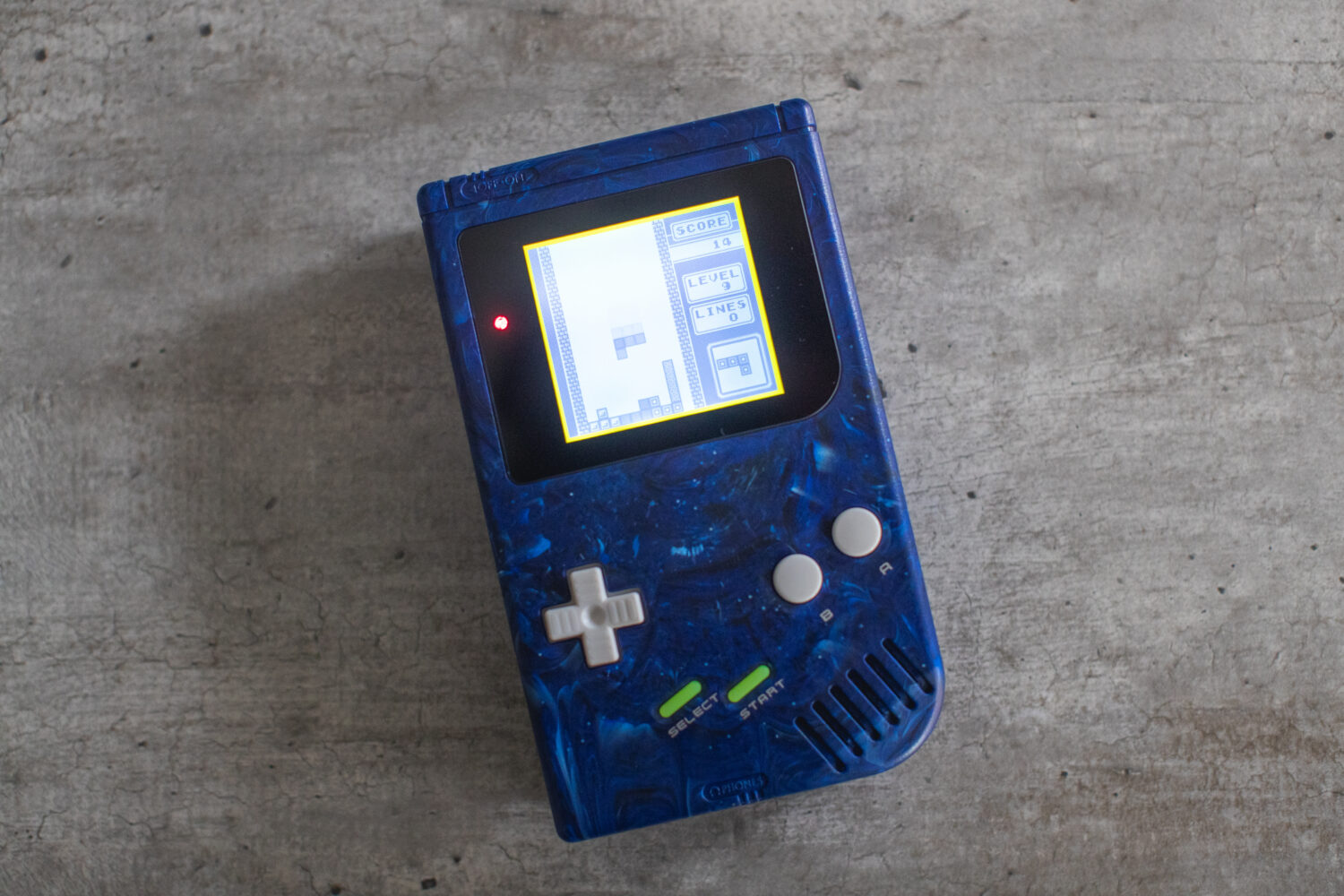 I wanted to do a bivert and backlight mod on a DMG because I'll usually just do the IPS and this had a pretty decent screen so I wanted to try and retain it.

In retrospect, that decision was my first mistake.

To do a backlight mod you have to take the screen out and peel off two adhesive layers and one of them is a really thin foil layer that is very brittle and if you fail to get up a corner, you have to carefully scratch it up (without damaging the screen to which it is attached). This took me an hour, a lot of Isopropyl Alcohol, and quite a bit of child-friendly swearing.

I then messed up the bivert or it just didn't work or something, I don't know. Either way I ended up removing it and throwing it in the bin.

But the case is nice, and the buttons look good with it.

However I realised I actually don't really like the DMG. It's so big and chunky and uncomfortable to hold so I'll just play Tetris and 6 Golden Coins on my Game Boy Color instead. Oh well, done one now; don't have to do it again.