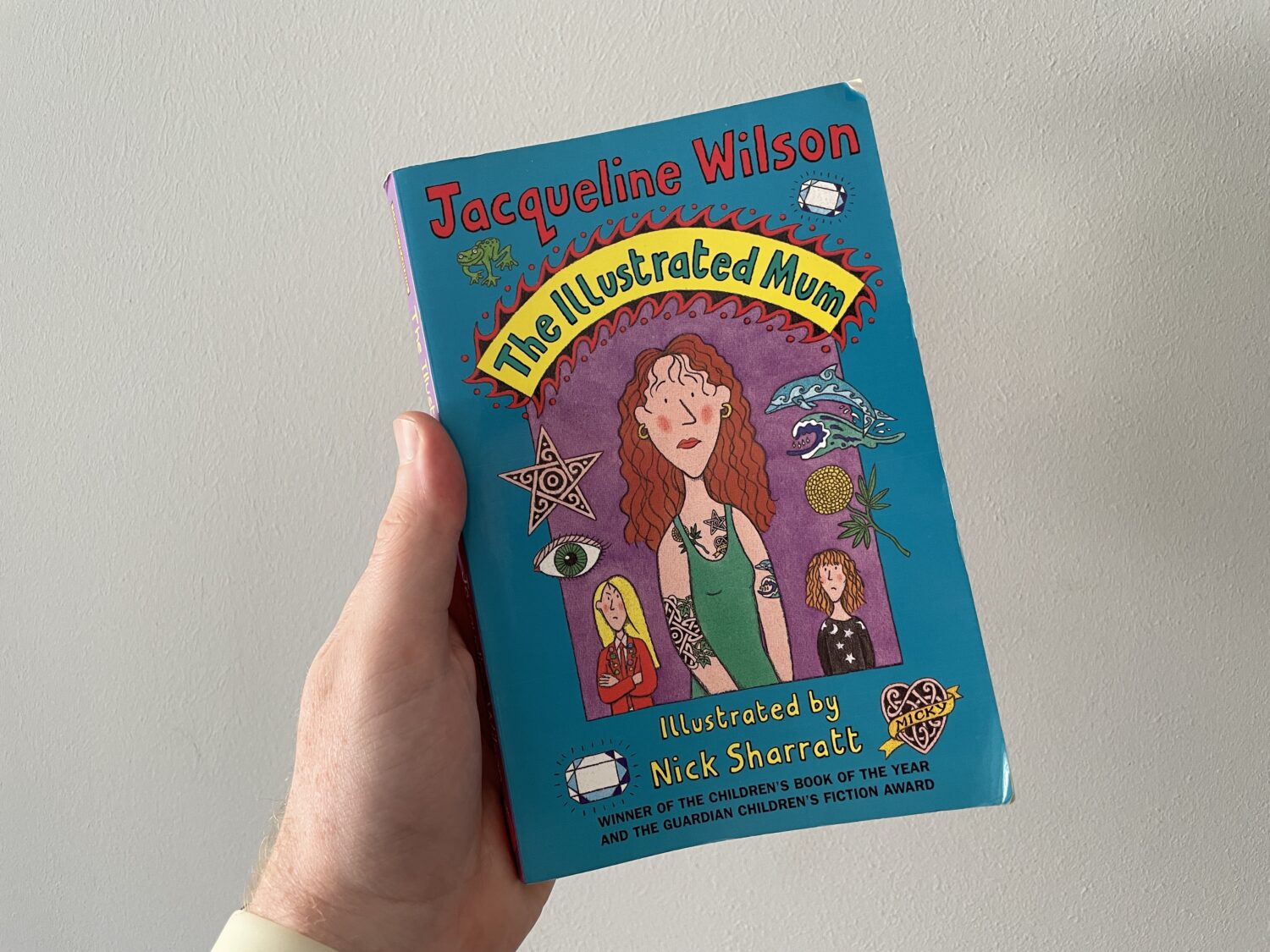 Mental health issues are so difficult to write about with realism and sensitivity, in a way that children can process without being disturbed themselves.

From an adult's perspective, this book is about a bipolar single mother (Marigold) of two daughters from two fathers, who's self-medicating with alcohol. She is incredibly precarious, and her children are in danger.

This book, however, is written from the perspective of Marigold's younger daughter: Dolphin. Consequently, the topic of unstable mental health is approached with sensitivity, vulnerability, and love, as Dolphin refuses to abandon her mother until she has no idea what else to do. She knows that her mother is having problems, but she loves her, unwaveringly. No matter how you approach it, this is a difficult subject, but it never feels judgmental in any way.

It's not often that I'm still thinking about one of Tabitha's bedtime books days after we finish it. I think the last were the Narnia books. But this one has made me think a lot over the last couple of days. Not just about mental health issues, but about the complexity of structuring a story in a way that delivers a difficult message to a child without traumatising them.

Books are quite uniquely-positioned to do this because the written word taps straight into your imagination. That means your visualisation is based on your own experiences and, as such, you're inherently protected from trauma by your own inexperience. Tabitha has no context for the trauma of alcoholism, the difficulty of depression, or just how much danger Star puts herself and Dolphin in by going to live with a total stranger (sure it's her dad but she's never met him before; he could be anyone).

To me, as a parent, almost everything that happens in this book is a terrifying worst-case scenario. I found it emotionally exhausting at times, as Dolphin starts to come to terms with the fragility of her mother's mental state, and the realisation that she could be similarly affected in later life. As a self-aware parent, the last thing you want is for your child to inherit your undesirable traits. However, in the same way that focussing on obstacles predisposes you to collisions, we're doomed to pass these things on the more we try to avoid them!

It got me thinking about The Simpsons and how they're able to write one joke that lands in two totally different ways. I remember watching it as a kid and enjoying it, then rewatching it as an adult and feeling like it was a completely different show. That's even more noticeable watching it with a child. Some of the funniest jokes in this show are totally undetectable to children. I've always found it impressive how standup comedians can divide a room, but to do it remotely and imperceptibly is such a skill.

The same goes for Jacqueline Wilson in The Illustrated Mum: she's able to tell one story in two very different ways without one polluting the other. I find The Simpsons super impressive for being able to deliver something to adults that also works for children, but it feels like a far taller order to deliver something to children that also works for adults. I've read Tabitha a lot of bedtime stories (including Harry Potter. Do not @me about Harry Potter) and it's very rare for a story to affect me in the way The Illustrated Mum has.

I know it has been made into a film, but I haven't seen it. I'd be interested to see how they treat this topic without making it too traumatic.