The Binding of Isaac

Trying to explain The Binding of Isaac to the mother of your child may not go well. It didn't for me: "It's inspired by the story of Isaac. A baby's mum banishes him to the basement and he tries to battle his way out by shooting tears at flies, spiders, sentient poop, carnivorous grubs...hey wait don't go! It's actually really funny!"

She didn't find it funny, but I promise it is. Sort of. Edmund Mcmillen clearly has a pretty dark sense of humour, as evidenced previously by Super Meat Boy (a game where you play as a...well, I think you're supposed to be a wound. Your girlfriend is a nurse but she's been kidnapped by a baby in a robot suit thing. I swear I'm not making this up). I digress. The point is, the guy's schtick is dark irony and it always comes off really well (unsurprisingly he seems to be a super nice guy, if his portrayal in Indie Game: The Movie is to be believed).

The roguelike mechanic of this game isn't brand new. In fact, there's loads of titles in this genre right now. You play in short runs with a small amount of health. You pick up weapons and try not to die. Dungeons are procedurally generated (which doesn't mean a lot; but you're supposed to infer that the levels are generated randomly about a seed—similar to the worlds in Minecraft). Your weapons and abilities stack and the longer you live, the more badass you end up. When you invariably die, your abilities are gone. Rinse, repeat. A lot.

Isaac fits the formula pretty well, with one addition that most pills (buffs) are a secret until you use them once, so every run you might find something new or a different combination of buffs. It's also a stage on which Ed's personality can shine, in the form of weapons (a cocktail stick that turns your tears to blood, perhaps?), buffs (an explosive fly that takes out enemies, maybe?), short comics and puerile, toilet humour.

It's been out on PC for a while, but it came to Vita last week, and I've long said that the Vita was the perfect format for it (thanks for passing on it, Nintendo!). Quick pick-up-and-plays; roguelikes are the ultimate casual games because runs are as short as you want them to be. And even if you find yourself kicking ass, you can just put the Vita to sleep and pick up later (when you'll die straight away because you lost your groove).

This evening, I had a couple of great runs, but this one in particular ended up with a pretty great combination of powers. The key was the lockpick (not even sorry), and the Notched pick-axe (yep) was also a huge help. Unfortunately, I sealed my own fate by picking up a buff at the end that dropped all my hearts but made me look awesome. A fair swap. 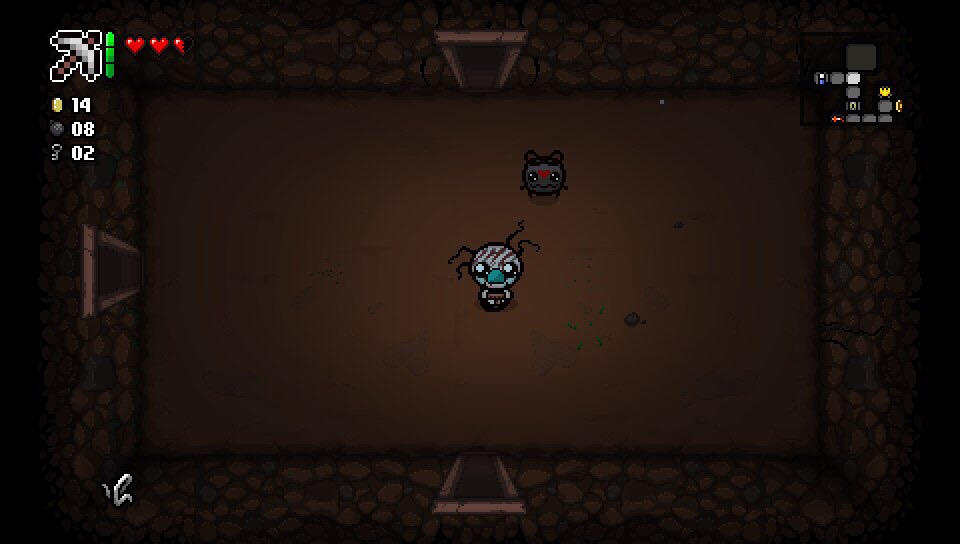 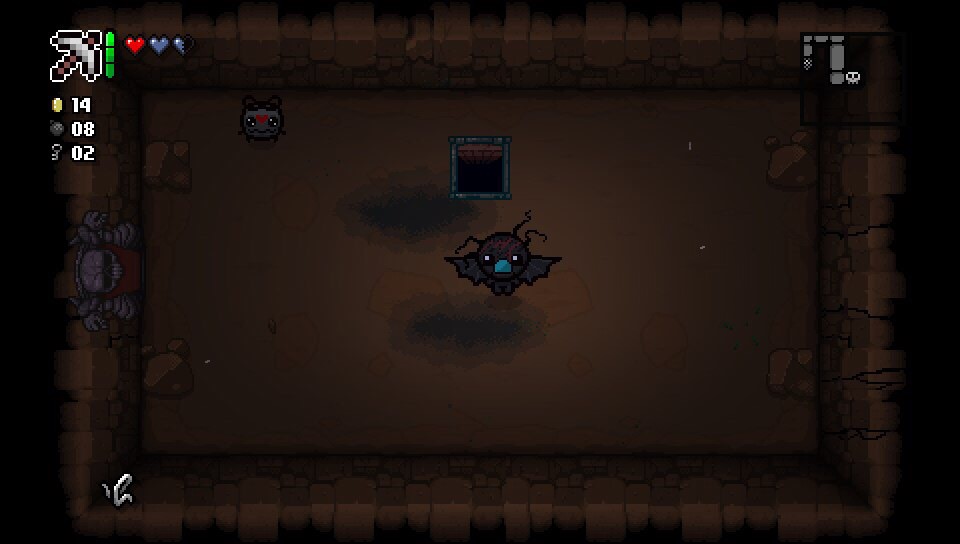 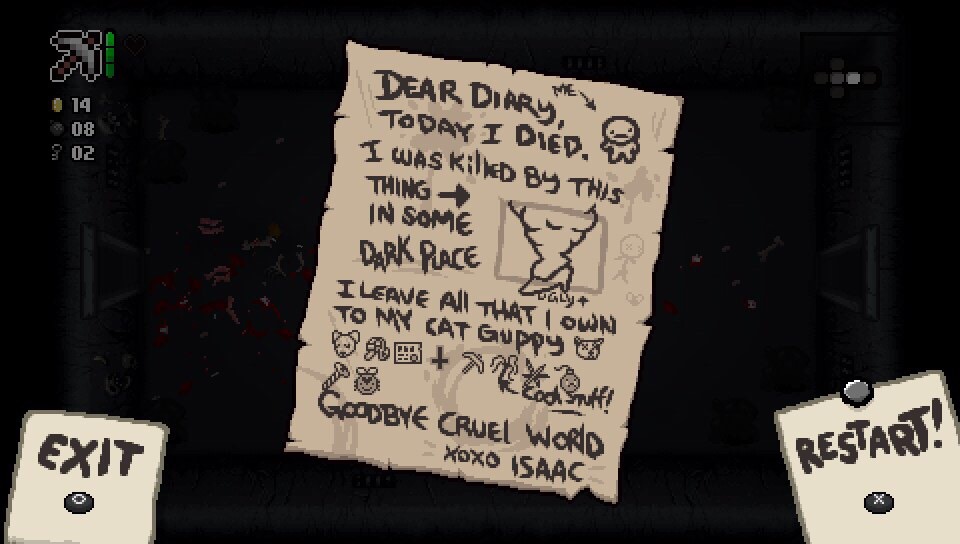 Uxbridge
See it at the cinema