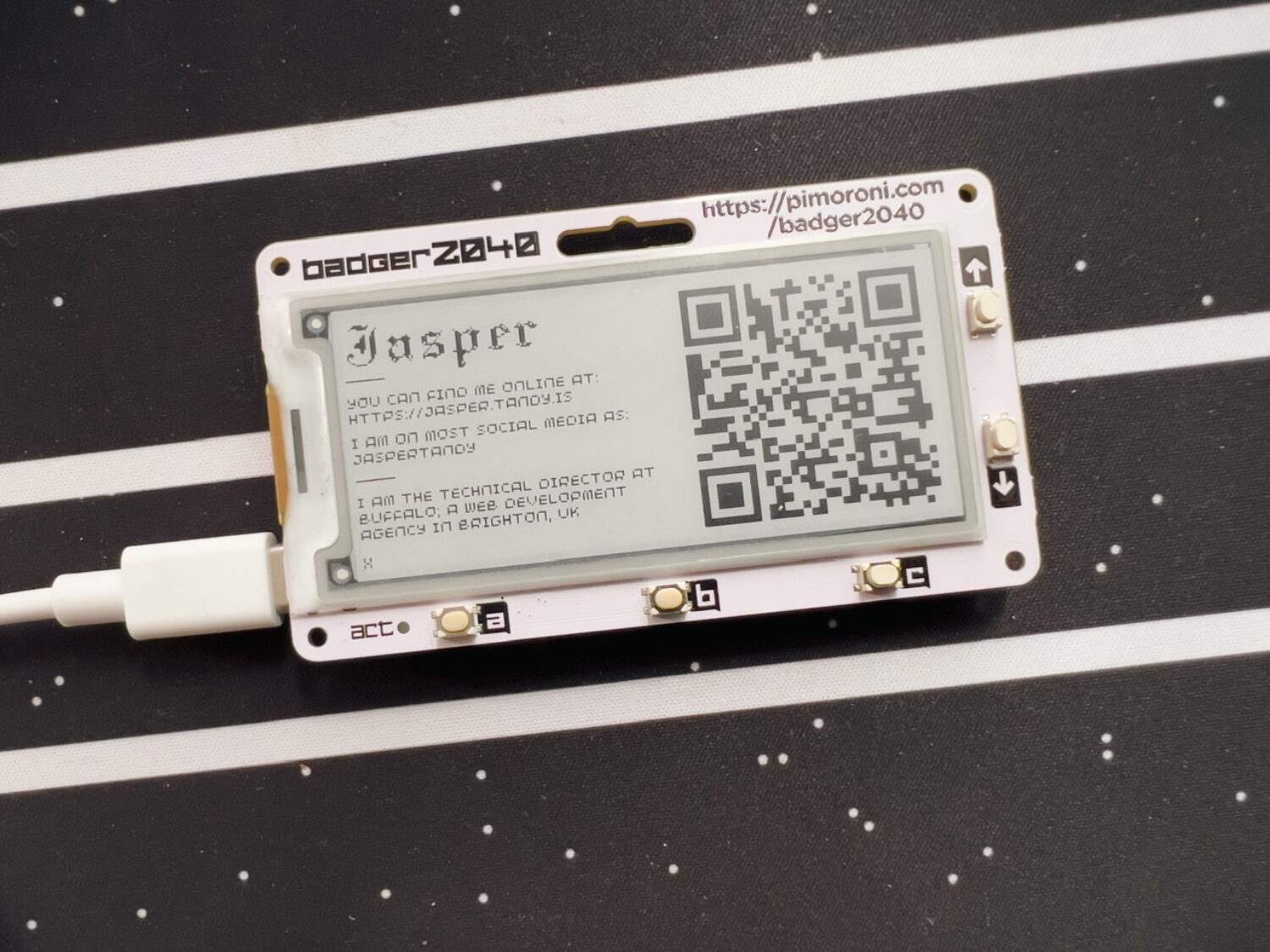 No, I don't need this. No, that doesn't matter; I have tonnes of things I don't need. That sounds like a brag but it's not meant to.

I saw one of these on Instagram from my friend Jake74 (his account is private) and ordered one approximately 5 minutes later. I love stuff like this that you can do little weirdo projects with in like an hour. That suits my attention span and free time limits very nicely.

The first thing I noted was that the screen works without power. I did not know this about e-ink screens but now I am crazy about e-ink screens. The way you draw on the screen is very similar to a lot of PDF generation libraries I've used. I expect this is a known pattern that I just don't know.

Getting something I wanted on the screen was super easy once I had got my bearings a bit. The main thing is that the image seems to get forced to the size of the screen. I think maybe because of the --resize flag you pass when generating image bin files. Maybe without that you could do other things, but I just made my image that size so it didn't get stretched.

The only disappointing thing is all the branding on the PCB. I've seen a couple of 3D printed cases available on Thingiverse so I might get one of those, or just mask around the screen with some tape. I do not like having writing on things.